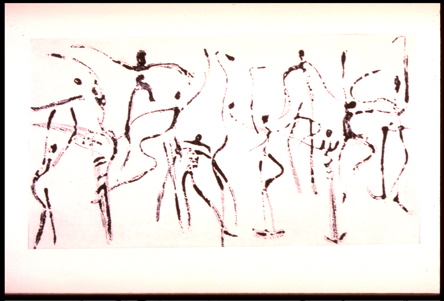 AS ADVOCATES of the entirety of our species, THAT the time is right for

contemplate, the nature of what has to change, in the context of how our

economy is killing the earth, and the model by which it can be achieved,

to ensure the survival of LIFE on EARTH, which task has been granted

to us as the dominant conscious animals we are.

We must think big to fight environmental disaster ...

OUR poor battered world is beset by multiple crises. There is mass poverty, and growing inequality within and between rich and poor countries. The financial disaster which began with sub-prime mortgages has spread inexorably throughout the US and elsewhere, threatening to plunge the global economy into a prolonged period of stagnation as severe as the Depression. Most ominous of all, climate change and species destruction are accelerating faster than most scientists, much less governments, thought possible.

These crises feed back into and intensify each other. After years of irresponsible "innovation", huge financial institutions are bailed out by the public purse and top management takes the money and runs, while millions lower down lose their jobs and often their homes. Seeing the housing balloon shrivel, speculators stampede into commodities markets, spurring the rise of food and energy prices. Dramatically higher prices for staples plunge another 150 million people globally into destitution.

Scale is the problem, and our task is to promote a quantitative and qualitative leap in the scale of environmental action, recognising that big can be not beautiful but crucial if we hope to avert the worst.

As a wise man said:

"All for ourselves and nothing for other people seems, in every age of the world, to have been the vile maxim of the masters of mankind."

Herman E. Daly, an American economist recognized as one of the founders of the field of ecological economics and as a critic of standard economic growth theory, has said in his recent New Scientist Special report:

On a road to disaster

The idea of moving to a steady-state economy will appear radical to many, perhaps policitically impossible. But the alternative, a macro-economy that is structurally required to grow in scale beyond the biophysical limits of the EARTH, is an absurdity, and heading for the ultimate crash. Before we reach that radical physical limit, we are already encountering the economic limit at which benefits of extra growth are increasingly outweighed by the costs.


The recent problems with the global financial system are absolute testament to both of these perspectives and support whole-heartedly the solution designs promulgated by Colin Mason, in his epic work: A SHORT HISTORY OF THE FUTURE, based on his two axioms ...

Useful change is likely to come only if it can provide as, equal, obvious and general a benefit as possible

If proposed solutions don't take the lowest common denominators of human nature reallistically into account, they will not work

isn't it NOW that we should

if the job's worth doing … INDEED

then plan the work

the survival of LIFE on EARTH.

I never did understand why we didn't just have fair trade on this planet.
Thanks for opening doors to further enlightenment.

Martha’s has opened the number 1 & 2 priorities

Bart Becht, CEO of Reckitt Benckiser, has said in his recent Daily Telegraph
Personal View article that …
” IT IS important we understand that saving money and saving the environment need not be mutually exclusive. The key is to find a way which enables consumers and companies to work together towards the same objectives, within the current environment. To do that, I believe we need a step change in how we address the problem. The only way we can have any real impact on climate change is to look not just at the emissions that stem from the manufacturing process, but to examine the total carbon footprint from cradle to grave of what we produce. That means looking at everything from how we extract the raw materials all the way through to a product’s use and disposal. Only by tackling the embedded carbon across our product’s entire life cycle can we fully take responsibility and make a meaningful reduction to our global emissions. This is why we are launching our latest initiative Our Home Our Planet ”

development and support of the_text_editor@gaia …

”Sustainable development is a community-based process of co-evolution and learning that involves design decisions informed by a holistic/integral perspective. It requires responsible citizens everywhere to become co-designers of our sustainable future. At the same time we have to remain keenly aware of the indeterminacy of final solutions and the unpredictability of the complex, dynamic, and interconnected systems and/or processes in which we participate on a local and global scale. Design for sustainability is not about prediction and control, but about appropriate participation, flexibility, and constant learning.”

to the extent that he has been given a prestigious award in Brazil for his pioneering environmental work.

The Daily Telegraph Editorial exclaims, in the most succinct manner that Capitalism can lead the Way to Climate Change.

Perhaps the JOB will actually BE DONE WELL?


ONLY TIME WILL TELL !

ALL POWER to the PEOPLE … yet again!