THE MOTHER that bore ... 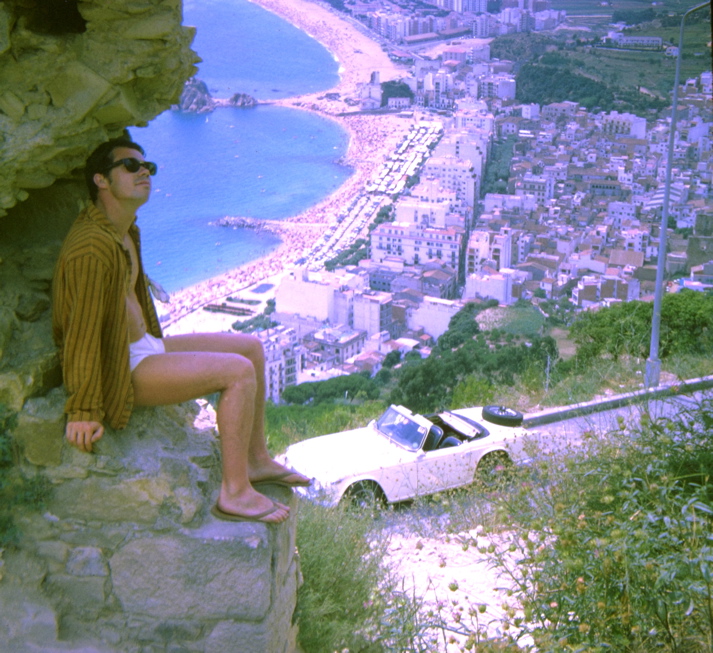 SHE was the one, along with her father, who bore responsibility - for nurturing

and encouraging my ‘dyslexic mind’ & the coming to terms, on my part, with

soul-mate whose task it was, along with his father, to show me the way of

When the child is born, he is a pagan. Each child is a born pagan, he is happy the way he is. He has no idea what is right and what is wrong; he has no ideals. He has no criteria, he has no judgment. Hungry, he asks for food. Sleepy, he falls asleep. That's what ZEN masters say is the utmost in religiousness - when hungry eat, when feeling sleepy go to sleep. Let life flow; don't interfere.

Each child is born as a pagan, but sooner or later he will lose that simplicity. That is part of life; it has to happen. It is a part of our growth, maturity, destiny. The child has to lose it and find it again. When the child loses it he becomes ordinary, worldly. when he regains it he becomes religious.

The innocence of childhood is cheap; it is a gift from existence. We have not earned it and we will have to lose it. Only by losing it will we become aware of what we have lost. Then we will start searching for it. And only when we search for it and earn it, achieve it, become it - then we will know the tremendous preciousness of it.

"The Book of Understanding" by OSHO.

My  mother  is  now  almost  totally  blind  to  the  input  of  her  moment by moment environmental cocoon and often talks of sitting in her virtual world, deciding what has to be done, and then, going with the flow, as she says, and Doing NO THING. If she had been ”physically blind” from birth or had become blind during those magic several months - which a child just out of the womb enjoys in total innocence - she would  have had no experiences of being part of her virtual world, to store away in the memory banks of her cerebral cortex or wherever else, and it would therefore have never existed, regardless of her being a living member of the species of homo sapiens for nigh on 88 years since.

She was of course born to a rich family, who

nevertheless experienced the demise of such

status during the depression of the 1930s,

travelled from ”GOD’s Country”, as they say in

Yorkshire, to London where her father worked

as a "durex” salesman with the London Rubber

Company to allow them to live a meagre but

sufficient life in rented accommodation at the

top of Miranda Road in the Archway, North

London. I shall always remember the house, as

a child, because it had a monkey puzzle tree

out front and a huge walled garden with an

apple tree, which bore fruit, whose delicious flavour I can still taste today. My mother’s

only memory of that house now is of my dad coming home from the war, walking

up the hill towards the house. The very hill in fact where I have childhood memories

of pedalling down the hill at full speed on my tricycle, hitting a wall and somersaulting

LET US suffer the children of innocence, within ALL of us, to realise that we have been granted the priviledge, to experience as embodied spirit, in all humility, the actions of self-less caring and compassionate LOVE for ALL ... in this totally and absolutely interconnected virtual world collective which we have chosen to be born to.

LET US also rise to our duty of responsibilty to make our planet the better place it was designed TO BE and IF needs be create models of potential virtual worlds, on the basis of what could be to the mutual benefit of ALL 6.7 billion presently ALIVE on earth today.

Beautiful blog Michael. Aren't we lucky your mom nurtured such a lovely soul :)
Cool cosmic spirograph flower the earth ahs made. Time to listen to her message.

When you are with somebody who hasn’t had the time or the conditioning to be otherwise, it is a wonderfully enlightening experience to realize how simple it really is to be true to yourself …

the child-like embodiment of the simplicity of balance and harmony supreme.

The KILLER app IS LOVE - and maybe, just maybe - THE following discussion could affirm in the mind-set of each and everyone of our species just WHAT LOVE IS - and in so doing provide a global template solution worthy of seamlessly executing "THE SWITCH" from OLD WORLD to NEW WORLD -

But in the first instance, to establish a potential catalyst to the establishment of this global template solution - perhaps we should consider Osho's own question -

WHAT IS THE NEED of NATIONS?

AS WE NOW AWAIT the actions of MOTHER NATURE - "the mother that bore all mothers" - to help and assist our species re-birth from the womb of the old world!