SUFFER the little CHILDREN unto me 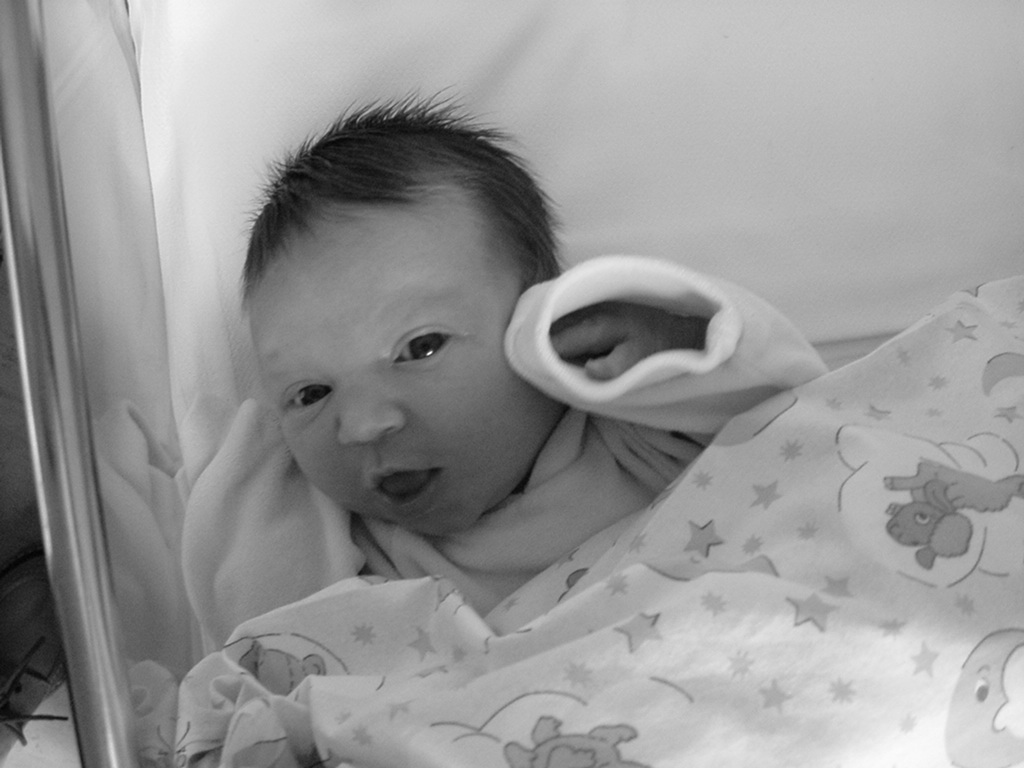 These children being suckled are like those who enter the kingdom ...

but however likened to suckling pigs or destined to genius - they may be ...

the work will wait while you show the child the rainbow,
but the rainbow won't wait while you do the work  - as Joan O'Hare once wrote
a lesson I learnt many moons ago which - as a well paid Air Traffic Controller and breadwinner, on operational shift work - I had the luxury to do so. The lesson is even more poignant, however, when one considers that here in Britain the pressures of life are such that both parents have to work full time and pay for child care in order to put clothes on their backs, food in their bellies and then a roof over their heads - and rather than the single tax take when I was raising a family - Gordon Brown our Chancellor and the EU take tax from the father, the mother and the child carers and then Value Added Tax on top.

In this context LIFE certainly does not appear to be REALLY getting better for ANY of the taxpayers - let alone the children of tomorrow - other than those that do not have to bother and those that continually take advantage of the RIGHTS of the system without ANY consideration of their RESPONSIBILITIES.
.
LIFTOFF! Space Shuttle STS - 121 Discovery Take Off
The lesson learnt happened when my eldest daughter & I sat down together to watch a TV documentary about Mankind's Venture into SPACE I watched with tears rolling down my face as we saw film of Sputnik - Armstrong & Aldrin walking on the moon - and the Space Shuttle take off & landing - and I became aware of how bemused Nikki was that I felt so emotionally involved.
.
A subsequent conversation resulted in her saying that she had been born to a world where ALL those things were history - and by inference therefore -  never considered individually or collectively as dreams of the individual spirit destined to be made reality by Great Spirit at some time in the future.
That was the point in my LIFE when I became convinced of the futility of - consideration of past & future at the detriment of the here & now - walking the razor edge of NOW - as Eckhart Tolle has more recently described this MIND-set switch - in such a very succinct way.

It was Lord Salisbury who said - No lesson seems to be so deeply inculcated by the experience of life as that you should never trust experts. If you believe the doctors, nothing is wholesome; if you believe the theologians, nothing is innocent; if you believe the soldiers, nothing is safe. They ALL require to have their strong wine diluted by a very large admixture of inspired common sense.
- and boy does that apply from the parents point of view
- in the context of raising children in an ever changing world.

The pamplet entitled Common Sense - which was written by Thomas Paine and first published anonymously before the American Revolution - contained the statement ...

DO NOT the blessings of freedom equate to RIGHTS ?
and ... the fatigue of supporting it equate to RESPONSIBILITIES ?

Thankfully - I am gratified by the fact that zaadz is a place
where ONE can experience so much inspired COMMON SENSE.

In the early 1970's before the UK joined the EEC - my soul-mate and I lived and worked in Brussels & the Netherlands. My early exposure to my ”dream of European unity” spent in Rue de La Loi - opened my eyes to so called “experts” - and a realisation that the joke description -
X the Unknown Factor, SPIRT a drip under pressure - was so near the TRUTH it became even more frightening to contemplate what the future held for us. Thankfully my daughter - born in Sittard NL - subsequently became the catalyst - to a MIND-set switch.

I still believe in the concept of the ”dream of European unity” - as the template for a global solution but boy do we need some reforms before that can become a reality - and I still cannot forget OSHO's references to priests & politicians.

“Your children are not your children. They are the sons and daughters of life's longing for itself… YOU may house their bodies but not their
souls, for their souls dwell in the house of tomorrow, which you cannot
visit, not even in your dreams.”

DO NOT the blessings of freedom equate to RIGHTS ?
and … the fatigue of supporting it equate to RESPONSIBILITIES ?

Yes Michael…and you represent a responsible one…thank you for caring so much about the world.

Thankyou Janie for those very kind words of appreciation.

IT remains to be seen, in the context of the little children, what ACTIONS will ensue from Gordon Brown in his new role as Prime Minister - following his POLITICAL speech to the labour conference.

“It’s obviously unfair that families with a household income of £50,000 face a cut, while some households with a combined income of £99,999 don’t. And targeting a cut like this at families with children – rather than, for example, adjusting the higher-rate tax threshold across the board – FLIES in the face of the Government’s stated aim of being family‑friendly.”

A sensible tax and benefit system is one in which people are always substantially better off working more, moving to a higher-paying job or being awarded a pay rise.