IN their quest to communicate ... 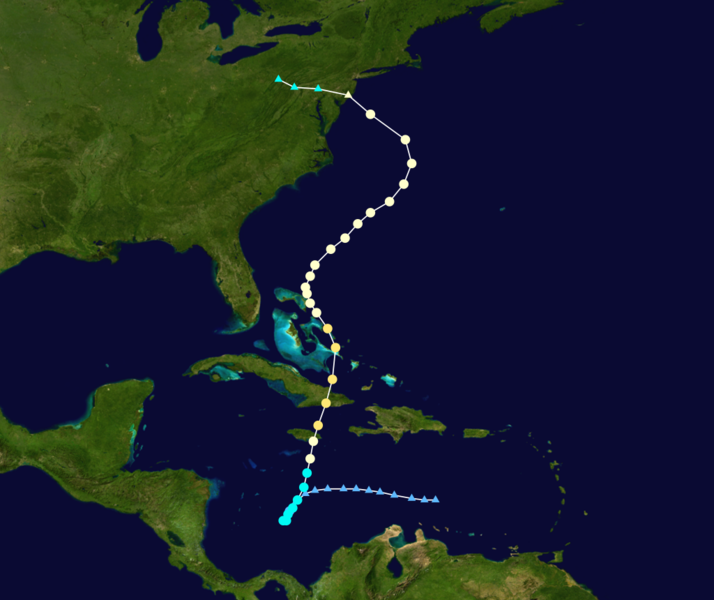 LESS & LESS about MORE & MORE - an understanding of the

ramifications of HOMO SAPIENS' actions on the natural processes

of climate change - the Intergovernmental Panel on Climate Change has just

in 2007 - declared Global Warming to be 'Unequivocal'.

I can only imagine that Colin Mason will be somewhat pleased by this -but equally bemused by the REAL lack of progress on this front since the IPCC panel published their 1st Report in 1988 - in consideration of last year's update of his 2030 Spike.

but his recent programmes about Volcanoes, Earthquakes & Climate Change reflect his absolute humility in recognising HOMO SAPIENS' role in accelerating the natural process of climate change and his own understanding of the need for the global community to act NOW to promote a more qualitative evolution of LIFE on Earth -

"IF climate change continues - and we see sea levels rising dramatically and we see the
redistribution of water around the planet actually changing the stress and strain within the solid earth - which will then potentially cause earthquakes to be triggered, volcanoes to erupt, and landslides to slip into the seas and oceans - generating tsunamis on a global scale - we shall have experienced a whole range of hazards which climate change can bring which we didn't even think about before.
.
The ONLY way we can prevent climate change from being all pervasive, being catastrophic, IS by a war on climate change - instead of economic growth being what we really want to achieve - IT should be reducing emissions."
.
Bill McGuire - Professor of Geophysical and Climate hazards, University College London

The ZEN like experience - of the mind-set switch which enables the moment one realises ONE SELF as infinite - and allows one's "cage" to disappear & ONE to open ONE's wings in the blue sky and disappear - leads to a freedom from oneself - and is only possible through meditation .... or a "conveyor belt" mechanism.

This ultimate freedom is a rebellion against the MIND - ALL religions, philosophies and concepts are part of the MIND - and for ONE who has conquered the MIND the MIND becomes the best of friends.

As individual parts of the WHOLE we could then consider a NEW collective paradigm - in the context of HOMO SAPIENS being TRULY comprised of - individuals, families of individuals, nations of families and a fam...
In the context of LESS & LESS about MORE & MORE - the individual parts' access to knowledge and thereby access to the power of knowledge - has been reduced to ONE thing - the Universal Resource Locator (URL). Anyone of the 6.5 billion on Earth that have the opportunity to use a URL or indeed any collective of the individual parts - can therefore avail themselves of the opportunity to change the world through the conduit @ZAADZ - ONE HYPERLINK AT A TIME - as C4Chaos has so succinctly stated.
.
.
First posted by Michael Grove @zaadz on February 7, 2007 at 13:30
.

Leaders from 20 countries, crucially including China and the US, signed a resolution that paves the way for a replacement to the Kyoto protocol,
set to expire in 2012.

Prospect asked 100 writers and thinkers - to answer the following question:

Left and right defined the 20th century. What's next?

The pessimism of their responses is striking: almost nobody expects the world to get better in the coming decades, and many think it will get
worse

As the architect of EU proposals on fighting climate change and measures to set tough binding limits and reductions for CO2 emissions, the
Commission President's intervention is
a particular setback for ideas given high-profile personal backing by
the Environment Secretary, David Miliband, and the Conservative leader,
David Cameron.

Why? Because God, or whatever name we want to use for the absolute principle, has no beginning and no end. The very nature of ego is limited—it represents a false boundary around the self-sense. And that illusory sense of limitation can never perceive that which is beginningless and endless. So that is why, in order to know God, we have to transcend the ego. We have to remove all boundaries from the self-sense, through the conscious cultivation of an infinite, unlimited perspective or context for our own human experience. Then we will be able to perceive God, because our own perspective will become one with the limitless nature of that absolute principle itself.

Glaciers suffer record shrinkage … the rate at which some of the world's glaciers are melting has more than doubled, data from the United Nations Environment Programme has shown.

Though scientists tend to agree that summer ice at the North Pole willeventually disappear, they haven’t settled on a date.
And one group now claims to have evidence that Santa may have to start swimming much sooner than we thought !

I’d like to think I’ve tried to live as much in the moment as I can. In terms of the environment, we’re pretty good as a nation on that front.
But the key will be getting politicians to take it seriously.I think they should take greater interest in rural issues because we do still depend on nature for our lives. They could learn something from
some Canadian Indians I’ve worked with - when they make a decision they consider the ramifications for seven generations to come.

I THINK THAT WOULD BE VERY WISE.

The only way we can have any real impact on climate change is to look not just at the emissions that stem from the manufacturing process, but to examine the total carbon footprint from cradle to grave of what we produce.

Motorway-sized troughs under the ocean in Antarctica carved by glaciers thousands of years ago could show how climate c...

“NATURE, our biggest bank, could go bust” warns the Prince of Wales

“The world is caught between two ongoing crises. The financial crisis has undermined confidence in the global economy and has dragged the world
into its worst recession for generations. The other – the
sustainability crisis exemplified most acutely by climate change – is more fundamental and has been gathering momentum since the beginning of the industrial revolution” says Joseph Curtin.

… so Can Obama save us from this hell ?

according to the comments posted, presumably NOT !

AS we enter the month in which the Climate Change Conference is to be held in Copenhagen, the great and the good share their hopes and fears for the meeting.

Comment by Michael Grove on December 24, 2012 at 18:44
Current climate models (simulations) based on estimates of increasing CO2 and, to a lesser extent, by decreasing sulfate aerosols, predict that temperatures will increase by 1.4-5.8°C (2.5-10.4°F) between 1990-2100. This is a somewhat wide range; however, it is difficult to predict CO2 emissions because of the number of variables involved. Some climate studies have shown that, even in the absence of the CO2 emission variable, global climate will increase by 0.5°C (0.9°F) over the next one hundred years due to warming caused just by the ocean. In addition, models predict that sea levels will rise by about 10 cm over the next century.

Hurricane Sandy, which has already claimed over 50 lives in the Caribbean, has traveled north. It will soon bring heavy winds and floodwaters to the mid-Atlantic region, combining with other weather systems to possibly become what some are calling a historic "superstorm."

Gathered here are images from Sandy's story so far, from the Caribbean to preparations along the East Coast of the United States.

From Hurricanes to Wildfires • Heatwaves have become more common and intense in recent decades because of climate change,  with drought, flooding, “fire weather” and episodes of heavy rainfall also more severe.

“The consequences will continue to get worse for every bit of warming, and for many of these consequences, there’s no going back.”

The findings came ahead of the Cop26 climate conference, to be hosted by the UK in Glasgow in November, and mark the strongest warning yet from one of the most respected global bodies of scientists about the fate the world faces.