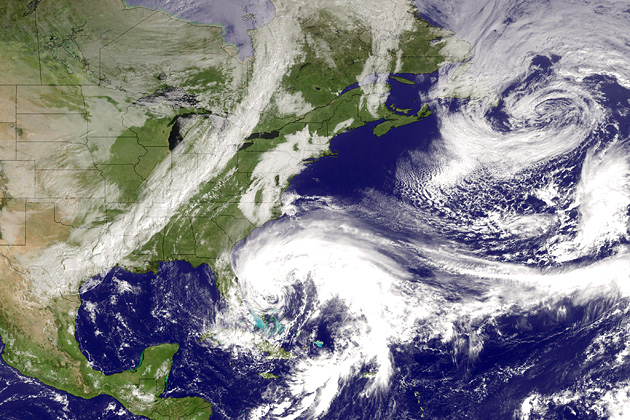 that has certainly seen the forces of nature

simultaneously effect the lives and lifestyles of 50 million or

more citizens of the USA, cannot -

1. AWAKEN every individual US citizen to the fact that weather systems

are changing to the detriment of over half of our species

2. INFLUENCE the outcome of the coming Presidential Election by

Rio de Janeiro in 1992, will have been and continue to be, in vain.

A storm can be both thrilling and terrifying, an event that transcends logic.

Or to put it another way, a storm is an opportunity to experience awe.

And in some way it feels as if this journal entry is related to the last one.

The idea that storms and the experience of God might be related.

from the relationship you experience with the storm as you near its heart.

I was somewhat bemused to see that amazon.com were advising customers that

High Tide: The Truth about Our Climate Crisis -

that even expedited delivery may be impacted by Hurricane Sandy !

Romney - of Mark's own words with which he prefaced that particular

"President Bush and his administration have risen to the global warming

challenge with responses ranging from obfuscation to pretence to outright

denial ... I'd like to issue each and every one of them a challenge. Come to

warming really means for us and our children. Leave Washington and

travel to the places I have visited."

ALL the consequences of their actions and non-actions lie strewn at their feet,

"Sandy also brought my hometown, Washington, to a standstill, impeding

affairs of state ... IN TRUTH, what’s lacking in America’s approach to climate

change is not the resources to act but the political will to do so."

KILLING the goose that lays the golden egg !

Although the likes of Charlie Rose and Bloomberg, Ananpour and CNN &

Mainstreet has just been published - for me, the only specific template of

2030 Spike and A SHORT HISTORY to the FUTURE.

“This climate science is no longer a matter of opinion, politics or dogma,”  says Bill Nye

the Science Guy towards the end of the youtube video above. By the time the current population of children reaches middle age the human race’s carbon dioxide production will be double the earth’s natural carbon cycle – yet we are already seeing the hazardous effects through higher temperatures and more extreme weather. If we act now we can prevent things from getting worse but we are dangerously approaching the point of no return where we will be forced to recognise a new normal of extreme weather and unbearable temperatures. Why would we ever let that happen when there are so many clean energy sources being made available to us?

That’s a question we should probably be taken more seriously. 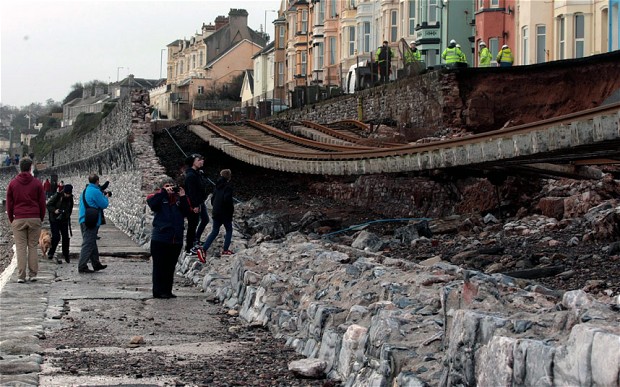 -  Cornwall’s rail link to the rest of the country was severed when a section of track was swept into the sea, which may take six to eight weeks to repair ...

-  Forecasters warned there will be no respite from the weather with a second Atlantic storm due to hit on Friday night and continuing into the weekend ...

-  At least 44,000 homes in the South West were left without power when flying debris brought down electricity lines. 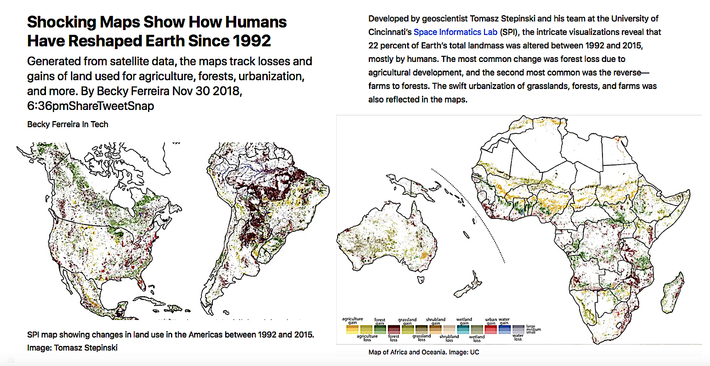 It’s no secret that humans - noisy, messy creatures that we are -

are vastly altering Earth’s environments. But it’s one thing to know

this in the abstract, and another to see global changes laid out in

detail, as they are in comprehensive new maps published this month

in the International Journal of Applied Earth Observation and