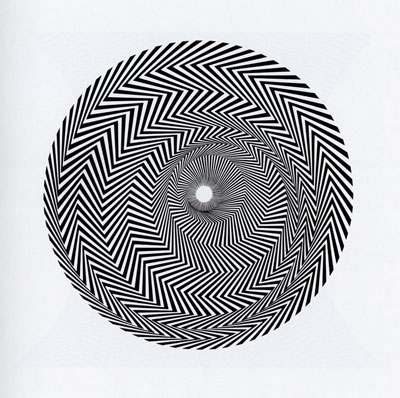 PERCEPTION IS THE MEDIUM
" Widespread among human habits is the perception that
we are human beings having a spiritual (consciousness) experience. We need to turn that perception on its head.
We are beings of consciousness, living in a realm of information and having a material experience – not just
a human one, but an experience of participating in the entirety of material creation.
The universe is continually generating fresh knowledge of itself, creating new structure and new relationships. So too are we – embedded in it, and it embedded in us."
Jon Freeman
" I have never studied optics and my use of mathematics is rudimentary and confined to such things as equalizing, halving, quartering and simple progressions  ... I have never made use of scientific theory or scientific data, though I am well aware that the contemporary psyche can manifest startling parallels on the frontier between the ARTS and the SCIENCES."
Bridget Riley
" Nevertheless, the relationship between science and art is particularly thrown into relief by Riley's form of painting, which reduces the material evidences of personal involvement to a minimum in the interests of an objective evaluation of the interaction of the energies inherent in the related lines, colours and shapes, and uses calculated intervals, frequencies and elements, in such a way that there might at times appear to be a resemblance to scientific diagrams.
Further, it is frequently demonstrating principles which, though they may not be defined, are nevertheless as evident as the physical laws that underlie scientific enquiry and deduction. But it is not so much the apparently scientific detachment that worries the average spectator, as the apparent remoteness of the artist from the process of materialization, the feeling that the works might be produced by machines."
Maurice de Sausmarez
.
.
First posted by Michael Grove @zaadz on March 5, 2007 at 16:30
.