THE TREE AND HUMANKIND AS ONE 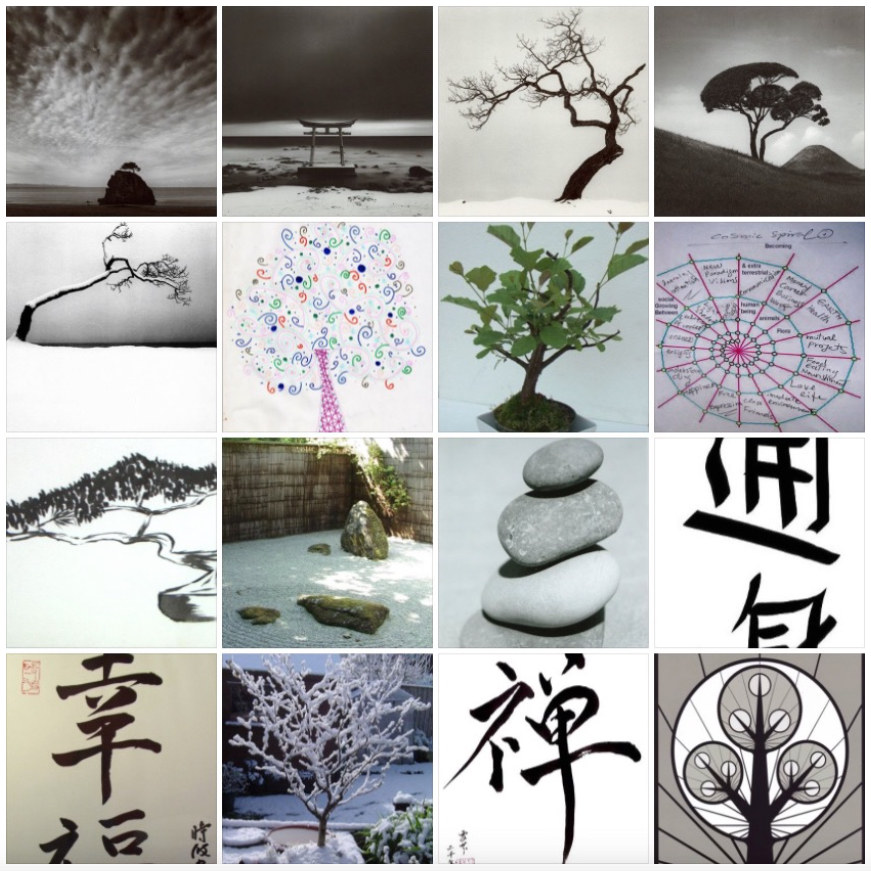 THE TRANSITION INITIATIVE is definitely a product of our times.

growth in nearly every significant parameter (population, energy use, per

capita consumption levels, etc.), the present century promises to be one

characterised by declines in nearly all of those same categories, along fuel society, based on the necessity of change forced by the twin premises

of peak oil and climate change.

His informal drawings and illustrations would be familiar to any serious

His ideas can best be crystalised by this following statement -
“Briefly, what I am proposing is that the psychology of the mature
human being is an unfolding, emergent, oscillating, spiraling process, marked by progressive subordination of older, lower-order behavior systems to newer, higher-order systems as man’s existential problems change.”

Clare Grave's orientation was to integrate BIO - PSYCHO - SOCIO
- thus meshing human knowledge and breaching the walls of academia
that separated disciplines and fields - and as Clare Graves predicted ...
THE WORLD is in the transition to second-tier human existence and no better solution has yet to be proposed than from he who proposed that LOVE IS THE OPERATING SYSTEM, in the very manifestation of the IDEA by way of the ONE initiative of Our Network Evolution. 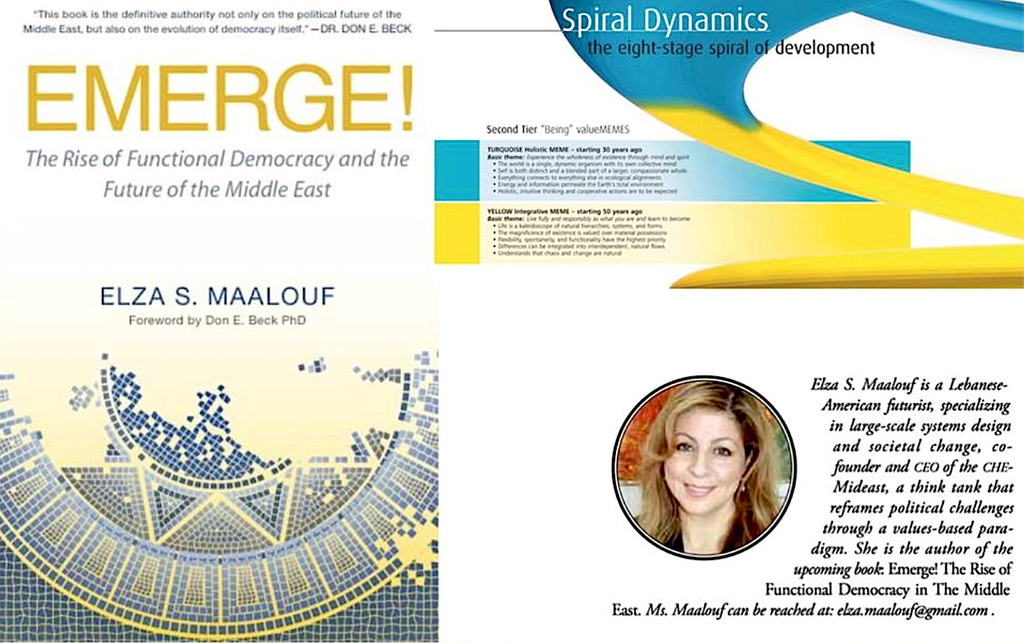 "This book is the definitive authority not only of the political future of the Middle East, but also on the evolution of Democracy itself."

[IT]'s PART of WHAT MAKES US HUMAN. We tell stories that shape our sense of the world. We have strong cultural narratives, like the story that technology will save us. Or that everything [IS] God's plan. Or that the end is nigh and we're on the brink of collapse. We also have strong personal narratives - those we tell ourselves about our lives and identity - maybe that we're a failure and our lives have come to naught, or that we're special enough that the limits that apply to others don't apply to us, or that human beings are so fundamentally evil that anyone's bold, imaginative thinking about a positive future is childish and naive. These narratives are so omnipresent that we often barely notice them, or notice the fact that they're stories - stories that might be inaccurate, or incomplete, or subject to change - even though they can dictate major decisions like who to vote for, where to live, and what work to do. Stories influence the shape our lives take and the path by which society charts its way forward. The Power of Story is, in fact, something we underestimate at our peril.

Rob Hopkins • FROM WHAT IF TO WHAT IS LOVE IS the OPERATING SYSTEM as Ray Podder has proposed but THE VIBRATIONS which constitute the underpinning network-lattice of that OPERATING SYTEM of LOVE cannot exist in a HEART full of DIVISION, FEAR, ANGER and RECRIMINATION. In his near-century of life, Albert Murray's experience of ALL these issues, led to his confrontation of race by re-constructing American identity as omni-American, such that OUT of MANY • WE ARE ONE.

Pangaea ruled the earth for a hundred million years until it eventually started cracking apart, as a result of a tectonic fault between two plates, which we now call the mid-Atlantic rift; and the seas flowed in to eventually form the Atlantic Ocean Death is inevitable. Taxes are not necessarily... The accounting of progress by projection based economic instruments like debt and interest bearing credits without the transparent accountability of proof against their promises has run its course. Now, the paradigm of power we’ve accepted as permanent is putting the people and the planet’s capacity to produce living systems in peril. Yet, the very roots of this economic reality of owners and the owned is challenged by the new technical realities of friction free transactions. Yes, the very transactions that cost us everything to pay back those who create economic instruments that cost them nothing are in question. What happens when we’re fully equipped to control both our means of production, distribution and exchange? When our sovereign identities are our global credit lines, our data is our own money, and our decentralised communication instruments are our own banks and governments? Does the paradigm of 300 owning more than the billions of the rest of us combined still hold? What power can owners hold over people who are free? #FreeYourLife Maybe what gets us through the confusion of this century shifts the story of us forward for the next millennia and beyond. So we’re working on making that next story of us real. Support us and learn more as we deliver new eyes and ears to see another world of possibilities within this #ONE.