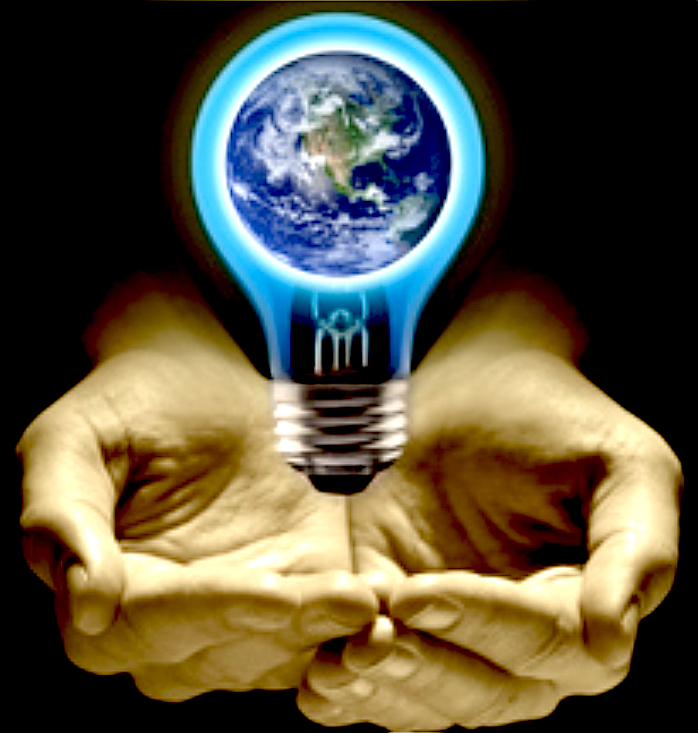 the concept of TWO NATIONS - DIVIDED by the same language ...

IT IS the perception of the moment by moment sensory experience

- of our species evolutionary interaction with NATURE, over the

last 40 millennia - which has underpinned the reality of our various

species, before Galilei Galileo, was that the EARTH was FLAT - the

Tibetan Buddhists even continued to subscribe to that belief until

majority now well understand that IT IS NOT.

In no dissimilar manner than the peoples' mindset was, at the time

of Galileo, predominately controlled by the belief system promoted

by the Church of ROME, the peoples' mindset today, is controlled by

the belief system of Capitalist Globalisation, being promoted by

those who would wish to maintain the status-quo, ably supported

by their self-serving political cohorts.

This time around the 'Galileo SEED' has been sown, as a result of

the evolution of the peoples collective consciousness, and it is that

renewed collective consciousness, which has now accepted that

EARTH was still EARTH since Galileo's revelations, which will

eventually be convinced that GOD will still BE GOD, but from a

completely different perspective, in accordance with a MINDSET

SWITCH in our collective understanding of what spirituality IS.

“LIFE is GROWTH. If we stop growing, technically

and spiritually, we ARE as good as DEAD.“

GLOBAL GOVERNANCE SOLUTION must at least include the 28 nations

of the European Union, the 51 states of the USA, 53 member countries of

Nations. IT would be gratifying to THINK that this NEW REPORT of the

PEOPLE from the UNITED NATIONS, entitled The Road to Dignity by 2030:

Ending Poverty, Transforming ALL Lives and Protecting the Planet - IS,

perhaps, where our leadership start to re-establish trust with ALL the

peoples of our species.

WHAT are you waiting for? WHY have you not stepped forward and made the contribution you know you are on this planet to create? Instead of waiting for others to make decisions for you, why not take action yourself. You don’t need the approval of anyone else. Just follow your heart and allowit to guide you in the direction you know you must move.

The key is movement and action. As long as you are stuck in the decision making process there is no commitment. Once you commit then the universe puts a whole new energy into all of your endeavors. Instead of being worried about potentially making mistakes, just step up to the plate and start swinging the bat. It is time for energy to move and choices to be made.

IT IS YOUR TIME TO MAKE A DIFFERENCE.