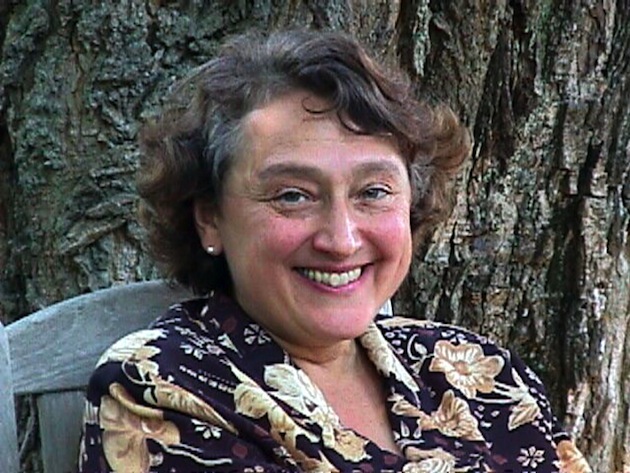 Lynn Margulis, who has died aged 73, was a microbiologist whose

James Lovelock, she also developed the "GAIA theory" of Earth as a

Though advancing such theories exposed her to enormous hostility from

within the scientific community, she came to be regarded as one of the

most creative and respected researchers of her generation.

In the 1960s Lynn Margulis became convinced that, while Darwin had

successfully proved that all species of living things are descended from

earlier ones, neither he nor his followers had ever satisfactorily explained

the source of the variation that gives rise to new species.

consensus by suggesting that inherited variation does not come, or does

not come exclusively, from random genetic mutation but from long-lasting

At first the idea met with scorn: her findings were rejected by 15 academic

journals and grant applications were brusquely rebuffed. The response to

“Your research is crap. Don’t ever bother to apply again.”

It did not help that Lynn Margulis did not conform in any way to the calm,

collaborative ideal of the research scientist - or that she was a woman.

Provocative, quick-tempered and prone to hyperbole, she was a self-

confessed misanthrope who never bothered to disguise her contempt for

her critics. She once described the great British Darwinian John Maynard

Smith as “codifying an incredible ignorance”, his research “reminiscent of

Her view of the Neo-Darwinists in general was equally withering. They

were, she said members of “a minor 20th-century religious sect within the

Lynn Margulis continued collecting data, reworked her paper and, in 1967,

published her theory in The Journal of Theoretical Biology. The response

was total silence. As she put it later, her theory “crossed willy-nilly the

boundaries that people had spent their lives building up. It [hit] some 30

subfields of biology, even geology.” But she persisted, and in 1970

expanded her original paper into a book, The Origin of Eukaryotic Cells.

Gradually scientists began to accept as a near certainty that the

mitochondrion was once a free-living bacterium that invaded another

larger bacterium to form a stable symbiotic relationship. Similarly, the

chloroplast — the organelle found in green plant cells that enables

photosynthesis — was also once a free-living bacterium that entered into

a symbiotic relationship with another cell.

rewrote her book and renamed it Symbiosis in Cell Evolution.

The book is now regarded as a classic of 20th-century biology.

"Lynn is marvelous. I hope I'm not being too Pollyanna-ish, but her notion of the symbiotic origin of the eukaryotic cell was probably the grandest idea in modern biology. Lynn was put down as having had a really crazy idea, and, of course, we can relate to that. Now it's taught in all the textbooks as the self-evident truth. It was a marvelous thing.

Her involvement with Gaia has been more messy. This is James Lovelock's notion that the earth is a living organism — at least that's the strong form of it. Her commentaries on evolutionary biology sometimes miss the mark. She, like me and a lot of other people, thinks that the metaphor of competition for reproductive success is overdone in the ultra-Darwinian paradigm; but, on the other hand, there's no question that there's competition in nature, and she's trying to stress cooperation.

It was Lynn Margulis’s expertise in microbes that led her, in the mid-

Seventies, to the British atmospheric chemist James Lovelock, who had

atmosphere than was commonly recognised. Together they proposed a

theory that Earth itself — its atmosphere, the geology and the organisms

to regulate the terrestrial and atmospheric conditions that make the planet

In particular they suggested that plankton act as a living thermostat,

glaciers as the organisms within them release and absorb greenhouse

gases; and that colonies of bacteria and other microbes in tidal mud flats

Lovelock who suggested they call their hypothesis Gaia, after the ancient

Greek goddess of the Earth.

While scientific opinion came round to Lynn Margulis’s theory of

symbiogenesis, however, many scientists continue to regard the Gaia

theory as unconvincing — closer to philosophy than to falsifiable scientific

Lynn Margulis lived her life at a frenetic pace. As well as her research work

she churned out scientific articles, videos, reviews and 20 or so books,

some of them co-authored with her son, Dorion Sagan.

She was elected to the National Academy of Sciences in 1983

and received the National Medal of Science in 1999.

Lynn Margulis is survived by a daughter and three sons.

"Disclosing the sentience of ALL NATURE, and revealing the

unsuspected effect of the more-than-human on our language

and our lives, in unprecedented fashion, ABRAM generates

true philosophy for the twenty-first century."

Lynn Margulis, originator of the GAIA Hypothesis, author of WHAT IS LIFE ?