was born • as was my own mother Joan Smith, just six years before her, to

a wealthy business family in Yorkshire • My mother's commitment to the

beings, was inculcated into me from an early age; and as I was born to be

a left-handed dyslexic in 1946, so I suppose that she felt that it was even

more important to do so in my case; as did also, of course, my father

Godfrey Louis Grove, who was the son of a blacksmith, as well as both my

Elizabeth Alexandra Mary's own commitment to the concept of equality of

respect and responsibility for all her fellow beings, was inculcated into

her as a [RE]flexion of her DUTY to the peoples of The Commonwealth. 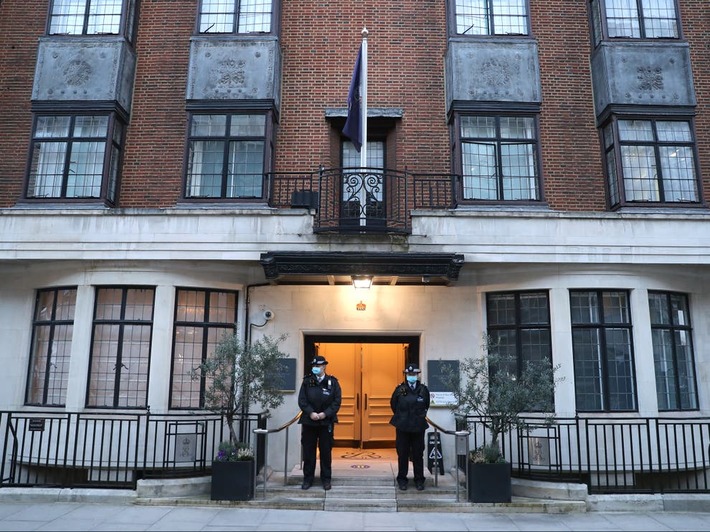 Never forgetting Prince Philip's long standing support for the Queen, during the entirety of their marriage together and as Zoe Tidman reports in this morning's INDEPENDENT...

"The Duke of Edinburgh has spent a sixth night in hospital.

Buckingham Palace said there was no update on the 99-year-old’s condition, having previously said he was “in good spirits”. The reason for Philip’s stay has not been disclosed, although it is not linked to coronavirus. He was admitted last Tuesday “as a precautionary measure” after feeling unwell.

Philip received no further visits from royal family members on Sunday after his eldest son, the Prince of Wales, attended King Edward VII’s hos...the day before. Charles made a 200-mile round-trip from his home in Highgrove, Gloucestershire, on Saturday afternoon. The Prince of Wales was the first member of the royal family to visit the duke and it is understood that his visit was due to his father’s extended stay."