An Emergent Subjective/Objective Tale of Humanity ... 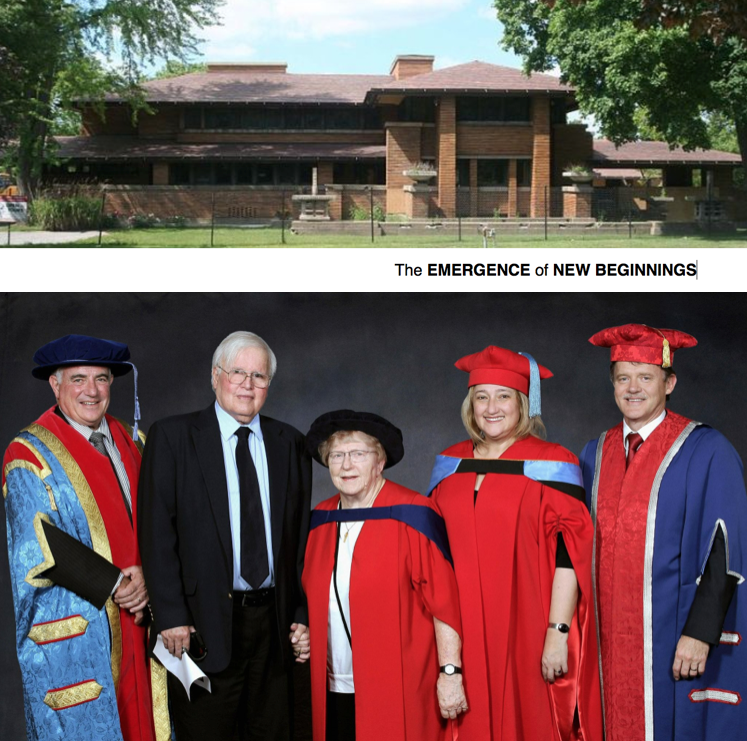 and The Hierarchy of Heaven and Earth

- from Bio-Psycho-Social, and Systems Theory, through MEMEs,

the Metaphysics of QUALITY (MOQ) and VALUE Memes to the very

"Hang it all, you've made me drunk, roaring drunk as I haven't been on a

book (I mean a book of doctrine; imaginative works are another matter)

since I first read Bergson during World War I. Who or what are you?

my sensation is that you have written a book of the highest genius."

on reading the draft of … The Hierarchy of Heaven and Earth

Clare Graves created an epistemological theory that he hoped would reconcile

the various approaches to human nature and questions about psychological

maturity. He collected pertinent data from his psychology students and others

the seven years from 1952 to 1959. He gathered conceptions of the mature

instruments. His analysis of this data became the basis for a theory that he

called, among other titles ...

problems. He theorized "man's nature is not a set thing, that it is ever

emergent, that it is an open system, not a closed system."

who sought a final state, a nirvana, or perfectibility in human nature.

His inclusion of the bio-, psycho-, social, and systems theory as vital

Graves' work observes that the emergence within humans of new

with neurology follows a hierarchy in several dimensions, though without

guarantees as to time lines or even direction: both progression and regression

are possibilities in his model. Furthermore, each level in the hierarchy alternates

as the human is either trying to make the environment adapt to the self, or the

human is adapting the self to the existential conditions. He called these

'express self' and 'deny self' systems, and the swing between them is the

cyclic aspect of his theory. Graves saw this process of stable plateaux

interspersed with change intervals as never ending, up to the limits of the

brain of Homo sapiens, something he viewed as far greater than we have

Richard Dawkins came to prominence with his 1976 book The Selfish Gene,

which popularised the gene-centred view of evolution and introduced the

term meme. In 1982, he introduced into evolutionary biology the influential

an organism's body, but can stretch far into the environment, including the

bodies of other organisms; this concept was well  presented in his book

Dawkins is an atheist, a vice president of the British Humanist Association,

and a supporter of the Brights movement. He is well known for his criticism of

creationism and intelligent design. In his 1986 book, he argues against the

watchmaker analogy, an argument for the existence of a supernatural creator

based upon the complexity of living organisms. Instead, he describes

evolutionary processes as analogous to a blind watchmaker. He has since

appearances, predominantly discussing these topics. In his 2006 book

The God Delusion, Dawkins contends that a supernatural creator almost

certainly does not exist and that religious faith is a delusion—

Whatever Dawkins believes, there IS a growing understanding in the scientific

community of the desperate need to provide a scientific explanation of

"spirituality" - to bridge the divide between general relativity and the sub-atomic characteristics of our multiverse of potential universal manifestations of reality.

The Metaphysics of Quality (MOQ) is a theory of reality introduced in Robert Pirsig's philosophical novel - Zen and the Art of Motorcycle Maintenance (1974) and expanded in the Guggenheim sponsored Lila: An Inquiry into Morals (1991). The MOQ incorporates facets of East Asian philosophy, Pragmatism, the work of F. S. C. Northrop, and Indigenous American philosophy. Pirsig argues that the MOQ is a better lens through which to view reality than the traditional dualistic subjective/objective mindset found in the West.

Don Beck and Christopher Cowan on the other hand, proposed in their epic -

principles of Spiral Dynamics apply to a single person, an organization, or

an entire society. Since it describes human nature in a universal sense rather

than through personality types or racial, gender, and ethnic traits, the model

provides a common language for grappling with both local and global

[IT] offers a unifying framework

Don Beck said in his, reality awakening  piece - Windmills, Tulips, and Fundamentalism in the Spring | Summer 2005 edition of Kosmos -

"There must also be an acceptance of superordinate goals that overarch the entire society, and the mutual sharing of accountability and responsibility. This common ground - the new Dutch Synthesis (actually it’s a spiral) can be the basis for resolving differences, mediating conflicts, enhancing sustainability while facilitating our inevitable emergence. A MeshWorks will facilitate the vertical inclusion of the Pre Modern, Modern, Post Modern, and now, Integral stages. In a horizontal sense, it will show how to both tolerate and enhance multiple expressions of culture, religion, life style, and personal choice. In all cases the overall needs and interests of the new Dutch 'polder' must have the highest priority, and provide the touchstone for decision-making.

The intent will be to seek the power of the Third Win (both parties and the world society win) and embrace those universals that flow through all healthy and responsive social orders and combines. This will not come easily and it may take decades for it to be realized. Yet, in this microcosm of human cultures in a small land area in Europe, we may well see serious and mature attempts to turn potential cultural tidal waves into synergistic flows that will benefit all. Obviously the Dutch are world famous for their understanding of how water moves and what happens when dams break, or holes appear in the dikes."

Loraine Laubscher has eloquently summarised her own position, in respect to ALL of this in her HUMAN NICHES - SPIRAL DYNAMICS FOR AFRICA thesis as follows ...

“During my intense diverse working career, I met Clare Graves (Existential Staircase, 1974) and worked intensively with Don Beck (Spiral Dynamics, 1995). These underlying theories significantly influenced the way in which  I work. For more than 20 years I have been placing Graves’s theory of the Emergent Cyclical Double Helix Model of Bio-Pscyho-Social Human Development on the South African cultural landscape. The result is that to understand the diversity of South Africa and the way forward to a future with promise, all South Africans have got to be helped to see their world differently. There is always a different way to see and understand the world around you, and I became part of translating different thinking systems in an attempt to create shared understanding.

I believe that we should position the theory of Spiral Dynamics as a Human Niche theory, and that we should suspend judgement between the niches – the gifts of the different niches should rather be appreciated and unleashed.”

TIME to THINK and ponder ... or should that be polder, INDEED - and in the context of Loraine Laubscher’s ... ‘Back to the Future’ observation that …
“IT appears to me that things that were never said in “polite company” can now be written on Facebook, without condemnation” ... I shall endeavour to increase “the level” of my own auto-ethnographic reflexions - and work towards finalising the AlphaINDEX of AlphaINDEXs, in line with Loraine’s

Perhaps even David Cameron's call for a European Union of Peoples, rather than a union of governments, chimes perfectly with what he has been saying at home when it was backed up by a hard pledge that left Labour floundering. The BBC have more recently digitised and archived a whole collection of Apartheid Related Material which reports on the political system of apartheid that governed every aspect of life in South Africa from 1948 to 1991. In practice, apartheid enforced a racial hierarchy privileging white South Africans and under this system only they had the vote. The programmes and documents illustrate what life was like for ordinary South Africans as well as revealing key moments in the struggle against this political system. The language used to express views on race in these programmes reflects the attitudes inherent in apartheid.

Mutual understanding is critical to establishing trust, and trust is critical for developing sustainable international relations. Artists have a particular ability to use social media and face-to-face communications at the same time. The dissemination of co-creative practices is propitious in becoming aware of differences, and at the same time, pointing to our similarities. Our mutual relationships have a lingering impact on us. We are not billiard balls bouncing off each other. While billiard balls change direction and speed as they interact, they remain essentially unchanged. As humans, we evolve internally with every contact we have with another human being.