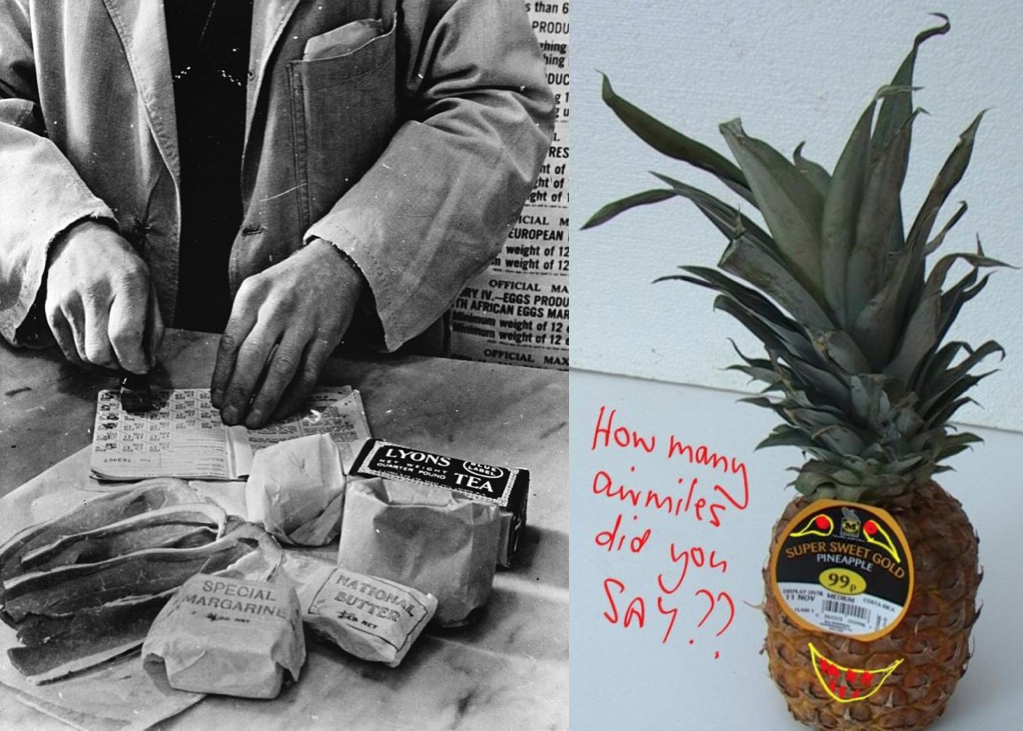 In the summer of 1952 my mother was push-chairing me around Parliament Hill Fields - an open space park to the north of the Archway. I nagged her something silly - when passing an ice-cream vendor - for a pineapple ice-lolliepop.

Rationing was still in effect following the end of World War II - but eventually she gave way and bought one for me.

To this day I remember the flavour as quite foul tasting and never had occasion to taste the real thing for many years after.

Not long after this event - being the inquisitive child I was & following observations of my mother's veneration for the tea-making process - I very foolishly drank my first scolding hot mouthful of tea - directly from the tea-pot spout itself - resulting in loss of several layers of skin and a certain sensitivity to very-hot TEA - even to this day.

In the development of chanoyo - literally "hot water for tea" - the common name for the tea ceremony, as opposed to sado - " the way of tea " or " tea-ism" - Sen no Rikyu allowed himself to be guided by two aesthetic principles -

Both of these terms have much wider interpretations than their translations suggest and are very difficult to pin down by definition - even in Japanese - although they will become clearer through examples. Perhaps more than any other principles - these two define most closely what must be considered as constituents of a ZEN like experience. 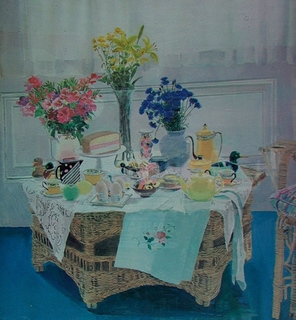 Refined elegance and serenity equally presuppose a very disciplined attitude towards waste - as exemplified in the very best of the Art of ZEN - my mother's feelings in this regard - however - were very definitely influenced by her war-time experiences.

To quote from the little book - referred to in an earlier zBlog post - in times of war - " WASTE MEANS LIVES. It is always said that Americans throw more food into their garbage cans than any other country eats ... but in view of the fact that the British import most of their food - by sea - ANY wasted food equates to the lives of the seamen lost in the process of delivering that food. "

When I eventually did taste fresh pineapple for the first time - I found it absolutely delicious and continue to do so - but in the context of ALL perspectives of the WHOLE SPIRAL ... which reminds me that Crick & Watson were at this time working together on their discovery of the twin coil spiralling ladder of the DNA double helix.

- my question to you all @ zaadz must be - " is the overall COST to us ALL now - in transportation etc.- acceptable for anything else other than it being seen as a luxury item for very special occassions only - even though it provides a living for the grower ? "

I was very very very fortunate to have had a mother & grandfather who spent years, un-beknown to me, addressing ALL aspects of my dyslexic mind (including hours and hours of mental arithmetic) & a father & other grandparents who “taught” me the practicalities of pragmatic existence.

My mother was a dressmaker & seamstress of quality clothing - and as such was an avid reader of Vogue magazine and a follower of the haute couture fashion houses of ROME. 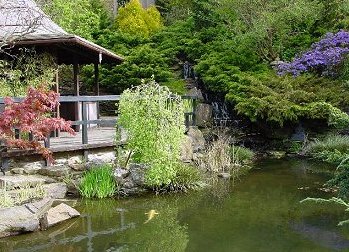 for this "haven of tranquility "

The tea ceremony is essentially a ritual to cleanse the mind and induce inner peace, and views of the garden were excluded to facilitate quiet meditation without visual distractions.

In accordance with tradition our teahouse is a simple wooden structure with a bamboo-thatched roof and sparsely decorated interior.

However we consciously departed from the authentic design by incorporating the partially remaining stone walls of an old barn, used to shelter pigs in former times, and by leaving the walls largely open on two sides allowing views of the garden.

We make no apology for these and other deviations, as they have evolved from a blending of traditional and contemporary influences.

HOW AMAZING [IS] THIS • my friend and creator of

FS4D has just been talking in conversation about

most popular article of theirs entitled ...

Wabi-Sabi: The Art Of Imperfection