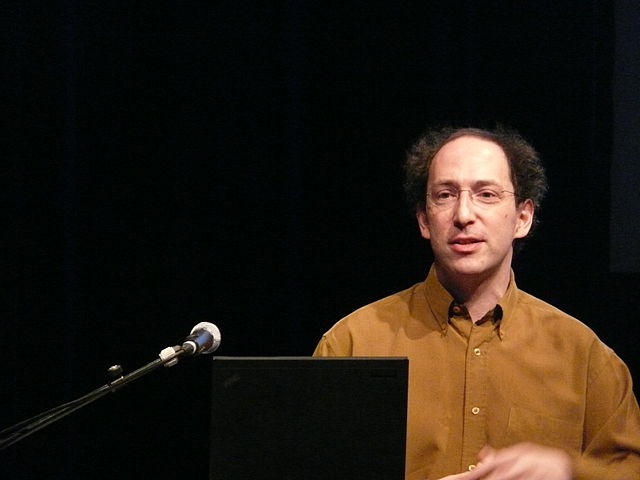 Wolfram Alpha (also styled WolframAlpha and Wolfram|Alpha) is an answer

engine developed by Wolfram Research. It is an online service that answers

factual queries directly by computing the answer from structured data, rather

Wolfram Alpha is based on the computational platform Mathematica, written by British scientist Stephen Wolfram in 1988.[5] Wolfram Alpha was announced

A web tool hailed as a significant rival to search giant Google has gone live to the public. Wolfram Alpha is called a computation knowledge engine rather than a search engine and wants to change the way people use online data. It aims to give people direct answers to queries rather than send them to other sites where they may find what they are seeking.

The system is the brainchild of British-born physicist Stephen Wolfram.

The tragic accident at San Francisco Airport over the

of the complex systems which I have oft referred to

insight - power of seeing into and understanding things: imaginative penetration: practical knowledge: enlightenment: a view into anything: awareness of the MIND

Ben Goertzel born December 8, 1966, in Rio de Janeiro, Brazil) is Chief Scientist of financial prediction firm Aidyia Holdings; Chairman of AI software company Novamente LLC, which is a privately heldsoftware company, and bioinformatics company Biomind LLC, which is a company that provides advanced AI for bioinformatic data analysis (especially microarray and SNP data); Chairman of the Artificial General Intelligence Society and the OpenCog Foundation; Vice Chairman of futurist nonprofit Humanity+; Scientific Advisor of biopharma firm Genescient Corp.; Advisor to the Singularity University; Research Professor in the Fujian Key Lab for Brain-Like Intelligent Systems at Xiamen University, China; and general Chair of the Artificial General Intelligence conference series, an American author and researcher in the field of artificial intelligence. He is an advisor to the Machine Intelligence Research Institute (formerly theSingularity Institute) and formerly its Director of Research.

Max Tegmark, physicist at MIT, asserts that if the fabric of reality is made of electrons and quarks, then all things are purely mathematical. Through the Wormhole states that intelligent beings who complete the equations in our cosmos will understand it perfectly. No more need for faith and God, who were concepts developed in a more basic aspect of society. Here’s something to ponder on my part, “Do the advancements of technology weaken our willpower (in conjunction with the study by Kevin Rounding) that can lead to a trend of a shrinking religious affiliation (in terms of Danny Abrams’ study)?”

To counter Max’s position, Through the Wormhole introduces Marcelo Gleiser, cosmologist and theoretical physicist. Marcelo shares with us the Incompleteness Theorem by Kurt Gödel (1931). The theorem states that there is no such thing as a formal logic that is self-contained, which can prove every possible assertion within that system. Although I advise you to watch the show to see the example of how this theory works in action, it relays that there is a limit of how much we can know of the world. Through the Wormhole shares that rational thought cannot reveal all the truths to the universe.