THE FAILURE of OUR LORDS & MASTERS TO ACT... 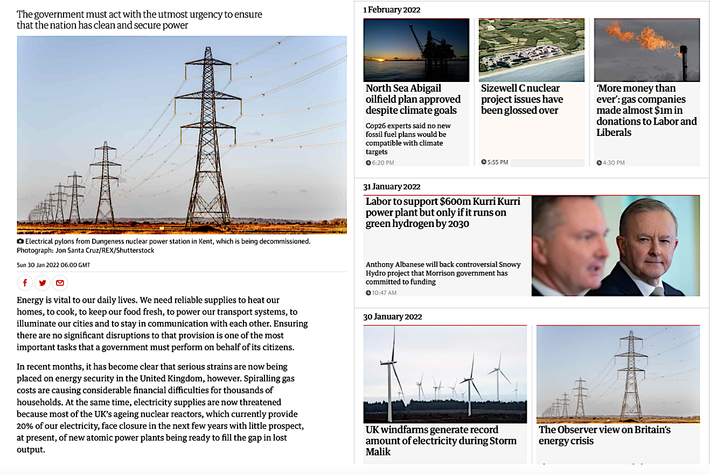 [IT] IS now 40 years since I remarked to Kenneth Baker M.P.

"THAT the archives of the BBC were worth more to the  British nation...

... and here we are today controlled  by our Lords and

Masters with nary a clue apparently, of what ACTION to

take, with respect for and regard to the CLIMATE CHANGE

discussions, which were first mooted at that [TIME] of

[TIME] NOW methinks for the so-called government to

govern and to ACT with UTMOST URGENCY to ensure

that the NATION has CLEAN and SECURE POWER. 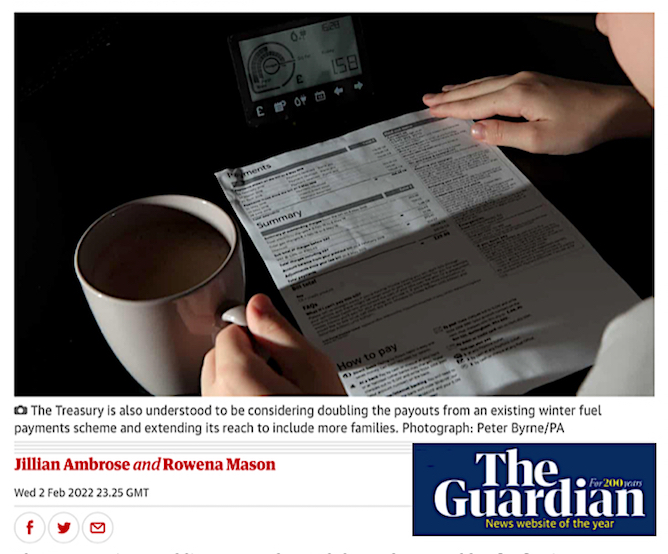 The Treasury is scrambling to complete 11th-hour plans capable of softening a national cost of living crisis, including a £200 rebate on energy bills and more help for the poorest households.

No 10 and the Treasury have been under pressure from Tory MPs to act as millions of households brace for a record hike in energy bills from April, and the prospect of rising mortgage rates and tax increases. 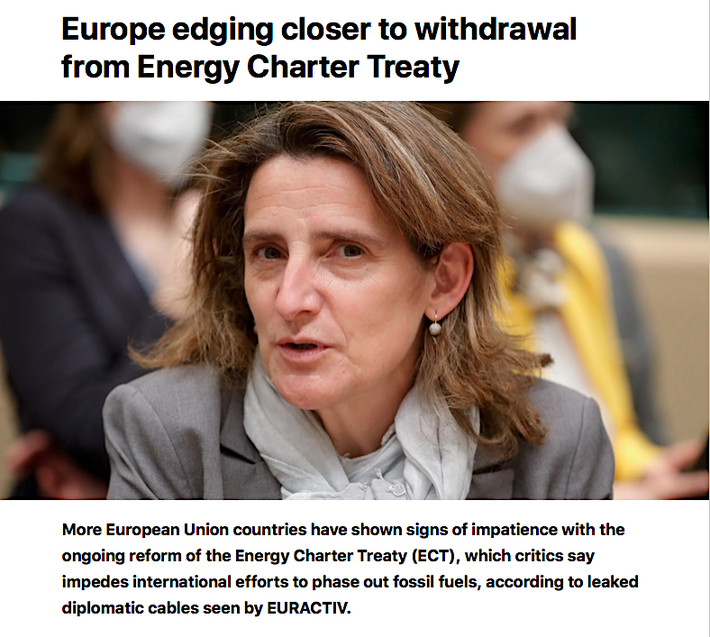 [IT] is indubitably the case that  France, Germany, the Netherlands, Poland and Spain have already instructed the commission to study how the EU could withdraw from the ECT, amid scepticism that the treaty can ever be compatible with the EU’s climate goals, according to leaked documents published by the Euractiv website last month.

The ECT secretariat, based in Brussels, argues that the ECT does not privilege fossil fuels and upholds the rule of law for investors.

Activists rejected this characterisation. “We are not advocating that they break international law,” said Maarfield. “Even in the ECT, there is a clause about withdrawal. So there is absolutely no breaking any law to withdraw from an agreement, according to the rules that are stipulated in this agreement. And the withdrawal procedure in ECT is very easy.”

This article was amended on 21 June 2022 to add the Netherlands to the list of countries that have instructed the European Commission to explore how the EU could withdraw from the ECT.