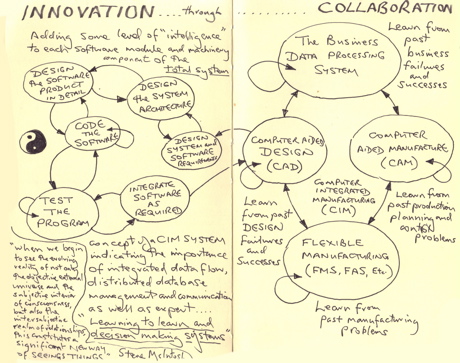 to nurture the natural way

that which heaven has granted

as the LAW of NATURE

as the NATURE of LOVE

James Lovelock, however, defines life as a self-preserving, self-similar system

of feedback loops like Humberto Maturana's • autopoiesis; as a self-similar system.

The biggest context of interacting inter-dependent living entities is the Earth. The problematic empirical definition is getting “fuzzy on the edges”: Why are highly specialized bacteria like E. coli that are unable to thrive outside their habitat considered “life”, while mitochondria, which have evolved independently from the rest of the cell, are not?

In other words Lovelock dealt with them holistically, naming this self-regulating living system [which we refer to as nature] after the Greek goddess GAIA. 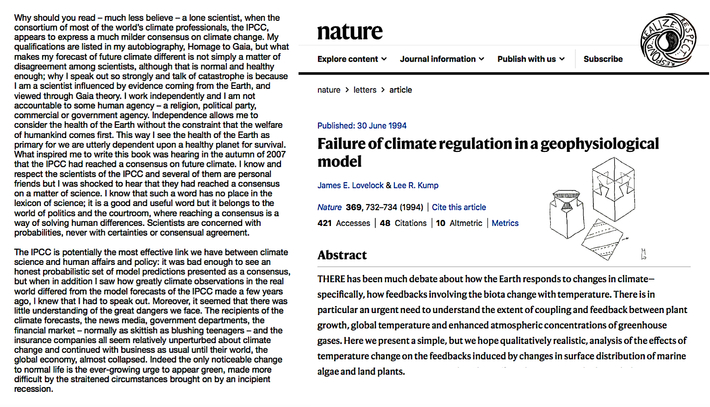 We assume that algae affect climate primarily through their emission of dimethyl sulphide (which may influence cloud albedo), and that land plants do so by fixation of atmospheric CO2 (refs 9–12). When we consider how the planetary area occupied by these two ecosystems varies with temperature, we find that a simple model based on these ideas exhibits three feedback regimes. In glacial conditions, both marine and terrestrial ecosystems provide a negative feedback. As the temperature rises to present-day values, algae lose their strong climate influence, but terrestrial ecosystems continue to regulate the climate. But if global mean temperatures rise above about 20 °C, both terrestrial and marine ecosystems are in positive feedback, amplifying any further increase of temperature. As the latter conditions have existed in the past, we propose that other climate-regulating mechanisms must operate in this warm regime.

“In the doomsday scenarios we are so often invited to contemplate,
the ultimate tragedy is that a material world capable of being a
manifestation in human hands of divine love is left to itself, as
humanity is gradually choked, drowned or starved by its own stupidity.”

colonies’ networks and human-engineered ones. One example is

“Anternet”, where we, a group of researchers at Stanford, found that

data traffic on the internet. Both ant and human networks use

positive feedback: either from acknowledgements that trigger the

transmission of the next data packet, or from food-laden returning

foragers that trigger the exit of another outgoing forager. This research

led some to marvel at the ingenuity of ants, able to invent systems

familiar to us: wow, ants have been using internet algorithms for millions of years!

The emergence of an efficiency led full circle evolution IS NOW on the horizon.