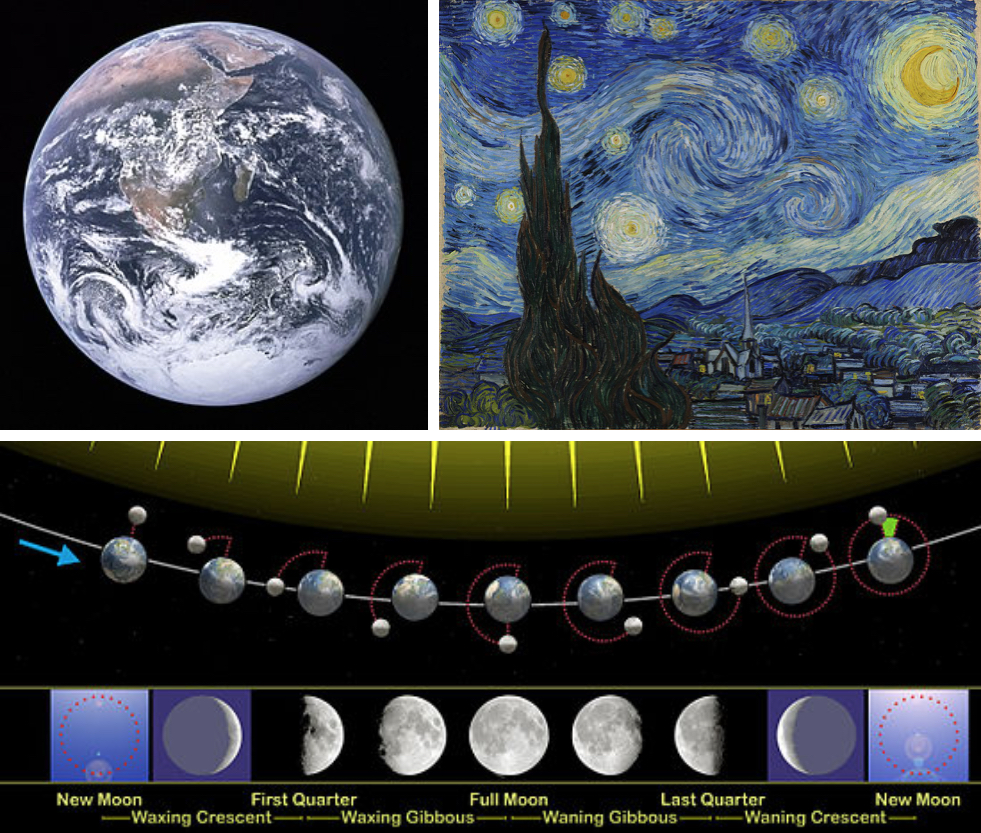 October 6, 1959 by the Soviet satellite Luna 3, on a mission to photograph

the far side of the Moon. The Blue Marble photograph was taken from

space in 1972, and has become very popular in the media and among the

public. Also in 1972 the United States started the Landsat program, the

largest program for acquisition of imagery of Earth from space. Landsat

Data Continuity Mission, the most recent Landsat satellite, was launched

My soul-mate Linnie’s father Ronald Arthur Yardley, who built his own
Colour Television Receiver • in a kitchen cupboard under the stairs
of their semi-detached house in Borehamwood • well in advance of the
first TEST COLOUR TRANSMISSIONS from the BBC • had himself been
offered a job at Goonhilly Down, by GPO Telecommunications, well
before researchers started to investigate packet switching • a technology
that sends a message in portions to its destination asynchronously without
passing it through a centralised mainframe • but having travelled there by
train from where the family were living in Kentish Town, North London,
he was unable to find somewhere for the family to live locally, and so
could not take up the position that he had been offered.
.