THE STORY of THREE DREAMCATCHERS 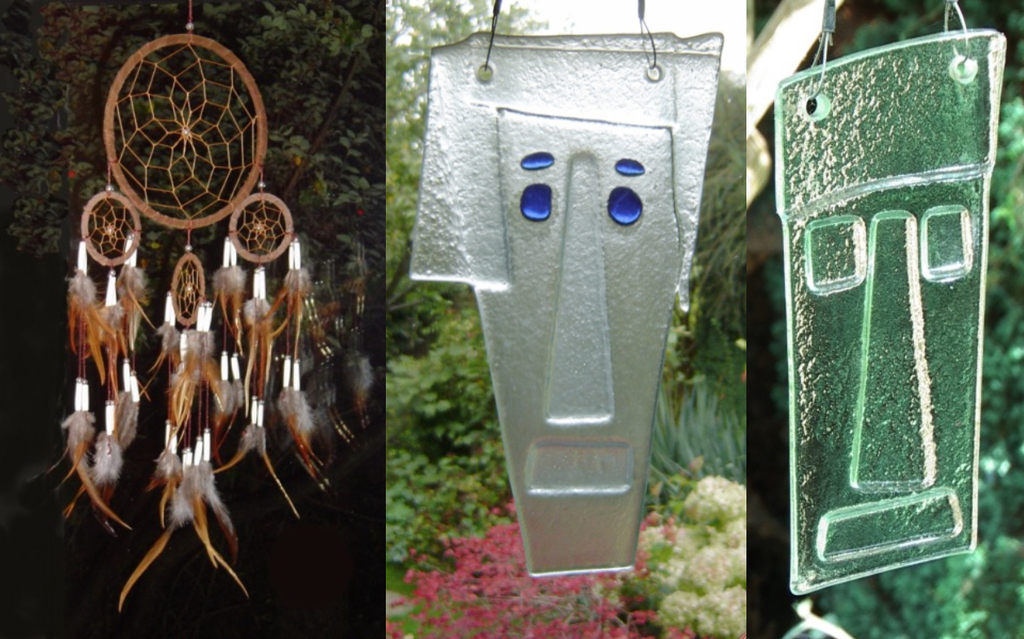 ON OUR Journey to CHANGE the WORLD through the ACTIONS of

Rights AND/DNA Humanity - WHAT DO YOU THINK that ...

THE PLANET IS ASKING of YOU ? - Keeping THE DREAM alive!

"See that dreamcatcher up there? Yes, the squarish translucent character with the
blue glass eyes. That was sent to me by Michael, who has suggested that we use it   on the Women's Forum ZPortal (yes! It will exist someday very soon!) to mark the place to catch our dreams and plans for the future. I think that's a great idea."

... and then, of course, to the left of it, Linnie and I's Native North American dreamcatcher and to the right the second of our pair of blown glass dreamcatcher's which we purchased in Brugges, from an arts & craft fair they used to hold by the canal.

As Leonardo da Vinci wrote, during his time in France towards the very end of his life ...

DREAMS are the passionate release of our souls, and in them is the spirit contained by which we should persevere and fulfil our lives, so that in death we will have acquitted our dues and not been envious of others.