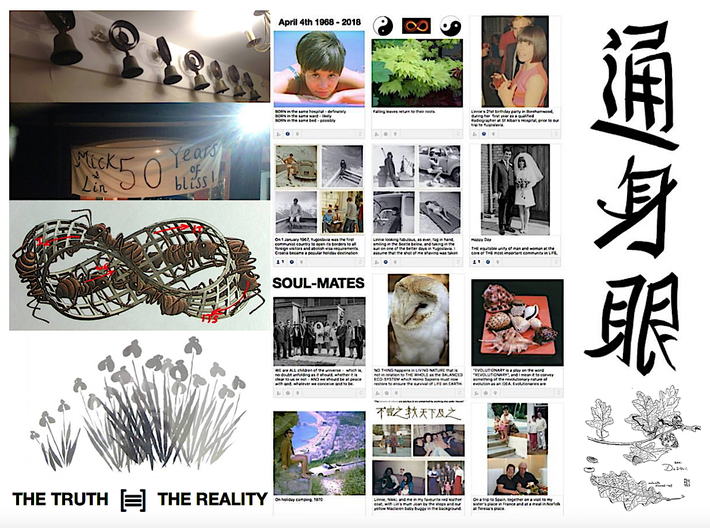 MY SOULMATE and I retired and I remember well that we were living in Sittard NL when the first Oil Crisis happened and I was issued a special report for duty-permit to travel to the Eurocontrol • Maastricht Upper Area Control Centre, when petrol rationing was imposed in the Netherlands and a weekend curfew on travel was initiated and it was subsequently in 1973 that our first daughter Nikki was born by caesarean in our local hospital in Sittard.

Having subsequently had an exclusive demonstration from Phillips, of their development of that which was to become their Laservision Videodisc Project, and had explained that instead of frame accessible PAL video. up to 1.5 GB of data could be stored, I produced the outline of a plan to  massively improve the efficiency of the handover of Air Traffic between the mainframe computers of the adjacent Air Traffic Control units of Eurocontrol, by way of utilising the Aeronautical Fixed Telecommunications Network [AFTN].

Due to circumstances beyond my own control, however, I resigned from Eurocontrol and returned from my secondment to LATCC West Drayton, where I was given the task of establishing the world's first Air Traffic Flow Control System. 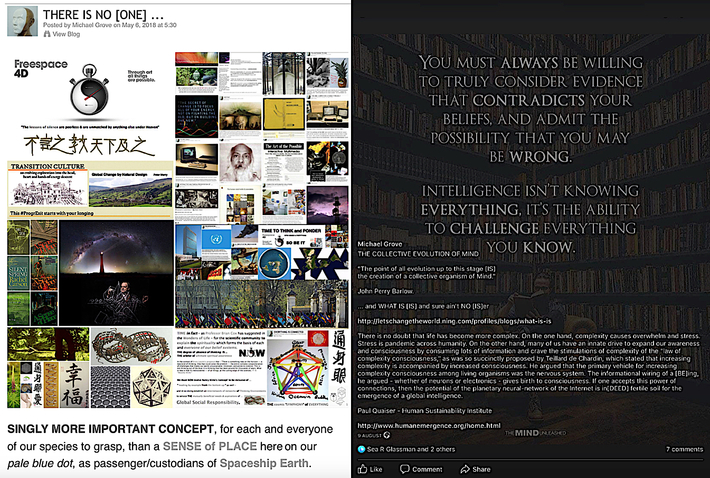 In the context of all the great minds that have influenced contemporary thought, Socrates, Buddha, Confucius, and Jesus have had the most profound and lasting impact, but as Rachel Carson has more recently pronounced, let's try to look at the natural world that we inhabit, as if we were actually a part of [IT], because that [IS] indefatigably and indisputably a different way to understand things than anyone       had proposed before. ME•WE are NOT SEPARATE. ME•WE are HUMAN but ME•WE are NOT SEPARATE from THIS LIVING WORLD. 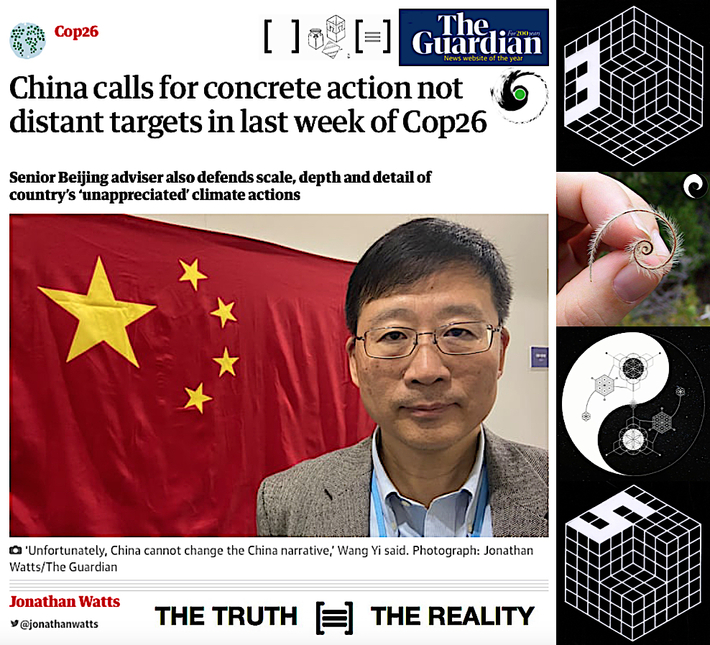 Chinese officials are sceptical of claims that Cop26 commitments will keep global heating below 2C, and want other countries to focus on concrete actions rather than distant targets in the final week of the talks.

They feel that China, the world’s biggest emitter, is doing more than it is given credit for, including plans to peak coal consumption by 2025 and add more new wind and solar power capacity by 2030 than the entire installed electricity system of the US. In Paris, all governments solemnly promised to come to COP26, with more ambitious 2030 commitments to close the massive 2030 emissions gap that was already evident in 2015. Three years later the IPCC Special Report on 1.5°C reinforced the scientific imperative, and earlier this year it called a climate “code red.”

[NOW], at the midpoint of Glasgow, [IT] IS clear there is a massive credibility, action and commitment gap that casts a long and dark shadow of doubt over the net zero goals put forward by more than 140 countries, covering 90% of global emissions.

Policy implementation on the ground is advancing at a snail’s pace. Under current policies, we estimate end-of-century warming to be 2.7°C. While this temperature estimate has fallen since our September 2020 assessment, major new policy developments are not the driving factor. We need to see a profound effort in in all sectors, in this decade, to decarbonise the world to be in line with 1.5°C.

Targets for 2030 remain totally inadequate: the current
2030 targets (without long-term pledges) put us on track f
or a 2.4°Ctemperatureincreasebytheendofthecentury.

Since the April 2021 Biden Leaders’ Summit, our standard “pledges and targets” scenario temperature estimate of all NDCs and submitted or binding long-term targets has dropped by 0.3°C to 2.1°C, but this improvement is due primarily to the inclusion of the US and China’s net zero targets, now that both countries have submitted their long-term strategies to the UNFCCC.