From COP1 to COP26:flashes of brilliance... 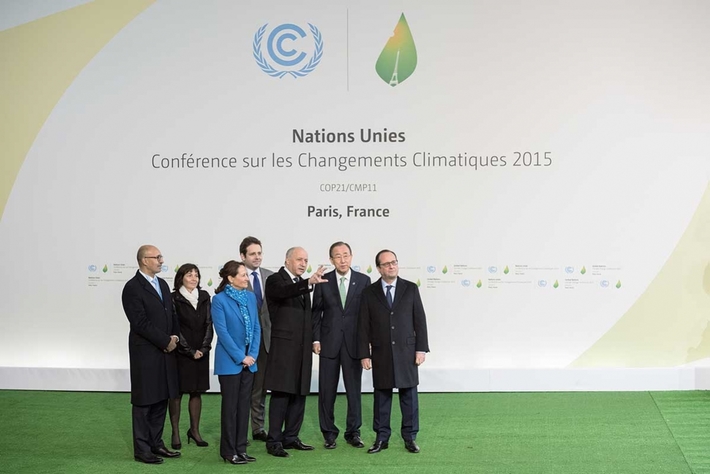 As the world gears up for COP26 in Glasgow, Marco Magrini charts the fortunes of the COP summits ...

'The danger of global warming is, as yet, unseen, but real enough for us to make changes and sacrifices, so that we do not live at the expense of future generations.’ It was 1990 when these words were uttered, during the second World Climate Conference in Geneva. The utterer was UK prime minister Margaret Thatcher. ‘Our immediate task,’ she went on to say, ‘is to carry as many countries as possible with us, so that we can negotiate a successful framework convention on climate change in 1992.’

As incredible as it may seem, that is what happened next.

proclaimed an oil embargo. The embargo was targeted at nations perceived as supporting Israel during the Yom Kippur War. The initial nations targeted were

Canada, Japan, the Netherlands, the United Kingdom and the United States

with the embargo also later extended to Portugal, Rhodesia and South Africa.

In 1992, during the United Nations Conference on Environment and Development in Rio de Janeiro, better known as the Earth Summit, the world’s nations agreed to establish a proper seat for common climate action. It was called the United Nations Framework Convention on Climate Change (UNFCCC) and, with a secretariat based in Bonn, it was charged with organising an annual, fortnight-long pow-wow where all nations could tackle humanity’s greenhouse gas emissions. Climate diplomacy was born !!!???

If the goal was to inspire, the resulting name for these annual meetings – ‘Conference of the Parties’ – doesn’t quite hit the mark. Yet today, the acronym ‘COP’ has finally started to receive the attention it requires. Glasgow’s COP26, or the 26th edition (originally scheduled for 2020 but postponed because of the pandemic) promises to be the most important climate summit since 2015, when the Paris Agreement was signed.

We must hope it fulfils such promise. By and large,
the previous summits’ track record is rather dismal. During the first half of the 20th century, it would have been hard to find any institution that gave a penny specifically to support research on climate change. The work was donated by individuals, mostly university professors who were paid more for their teaching than for research, let alone for any particular subject of research. The most important greenhouse effect work in the entire half-century was done by a complete amateur, the engineer G.S. Callendar, in his spare time. National meteorological services like the United States Weather Bureau, driven especially by the needs of military and civilian aviation, did spend large and increasing sums to observe the atmosphere. But this treasury of data was compiled for daily forecasts and was seldom used for basic research. The few climatologists that national agencies supported were hired only to compile dull statistics of average weather conditions.

Around midcentury some meteorologists began to call for a more vigorous research effort. In 1953, a government advisory committee reported that the entire Weather Bureau needed new, young blood. Modest research that a few outstanding individuals had undertaken before the war had suffered a "slow, almost lingering death." The committee warned that climatology, starved for funds, was scientifically moribund. Their report led to the appointment of a new climatology chief, Helmut Landsberg, who brought an improved "esprit de corps" and an important expansion. His group's main job, however, was still routine processing of data on past climates. Another report presented in 1957 complained that climate research remained a stepchild at the Bureau, inadequate in scope, with climatologists mostly "relegated to a mere housekeeping function. While climate studies languished at the Weather Bureau, however, a flood of new Federal money began to push the field forward in other institutions, even though their missions were remote from weather research.

THE ROLE OF THE IPCC IS TO ASSESS

...on a comprehensive, objective, open and transparent basis the scientific, technical and socio-economic information relevant to understanding the scientific basis of risk of human-induced climate change, its potential impacts and options for adaptation and mitigation.