IDEAS CAN LEAD TO A WEALTH OF UNDERSTANDING ... So whats so scary about the number zero?

I would humbly suggest that [IT] invariably amounts to 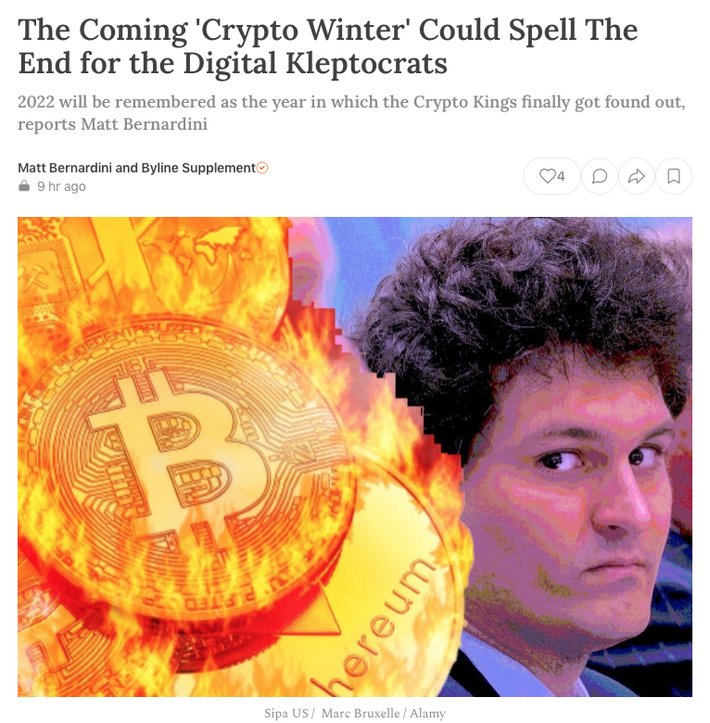 ... marking the beginning of the crypto collapse, or the “crypto winter.” After peaking in November 2021, the crypto market suffered a devastating wipe-out, with $2.2 trillion of lost assets. And as the industry has fallen, so too have some of the industries’ biggest titans.

Two major figures in the industry, who achieved fame and fortune on the backs of other people’s money, are now suspected of running massive scams. Sam Bankman-Fried, who founded the cryptocurrency exchange FTX, has now been arrested and seen his fortune evaporate, while Ruja Ignatova, who founded the fraudulent cryptocurrency scheme OneCoin, is now on the FBI’s ten most wanted list, as a global manhunt for her and the billions of dollars she made from her schemes continues. 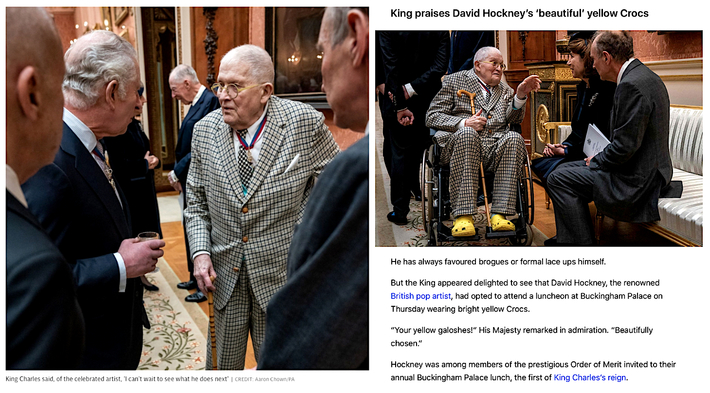 There can only be 24 living members at any one time, making it a highly exclusive collection of figures from the arts, sciences, culture and military. Current members include David Hockney, Sir David Attenborough, Betty Boothroyd, the former Commons Speaker, and   Sir Tim Berners-Lee, the pioneering computer scientist. The new appointments, the first since 2015, were awarded by the King during a service at the Chapel Royal.

The monarch then hosted a pre-lunch drinks reception in the Picture Gallery, where he complimented Hockney on his yellow footwear, worn with matching glasses and a flamboyant suit. The artist, who used a wheelchair, insisted on standing when he met the King.

Hockney, 85, is preparing to launch an immersive experience which will give visitors the opportunity to engage with audio and visual elements to follow a journey through his art. The show will launch early next year at Lightroom, a new four-storey venue in King’s Cross, London. The King turned to renowned architect Lord Foster and said: “I can’t wait to see what he does next.”

I well remember my meeting with David Hockney at the V&A, when Canon invited him to demonstrate his artistic skills, utilising our DiceNET Colour Server System driving the then recently launched CLC500 Colour Photocopier & Image Processing Unit, whose colour photocopying engine had been designed by Louise Detremont and her team.