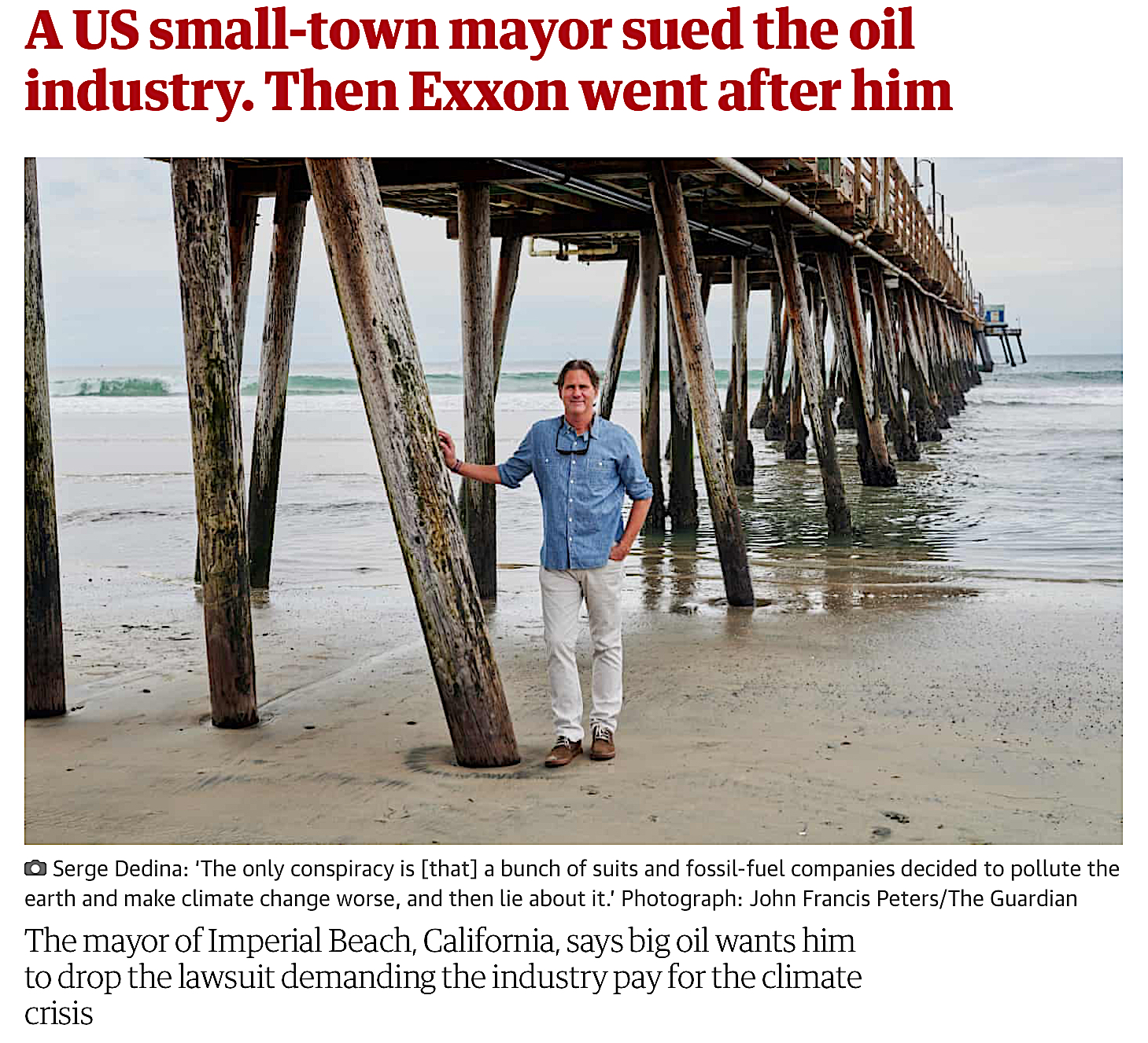 Serge Dedina is a surfer, environmentalist and mayor of

Imperial Beach, a small working-class city on the

California coast. He is also, if the fossil fuel industry is

to be believed, at the heart of a conspiracy to shake

down big oil for hundreds of millions of dollars.

The problem is, Dedina had never heard of a Santa Cruz

conspiracy. Few people had. “The only thing from Santa

Cruz on my phone was videos of my kids surfing there,”

Dedina said. “I love the fact that some lawyer in a really

expensive suit, sitting in some horrible office trying to

find evidence that we were in some kind of conspiracy

with Santa Cruz, had to look at videos of my kids surfing.”

That’s where the laughter stopped. 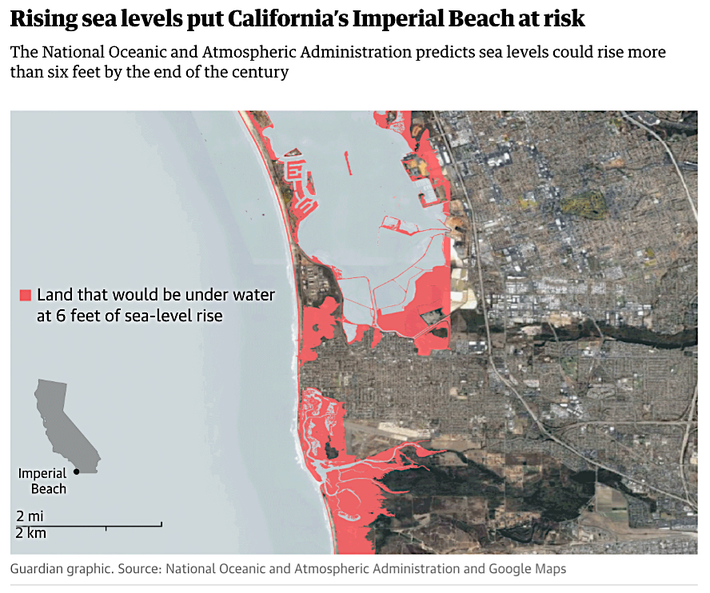 The lawyers found no evidence to back up their claim.

But that did not stop the industry from continuing to use

its legal muscle to try to intimidate Dedina, who leads one

of the poorest small cities in the region.

The mayor became a target after Imperial Beach filed a

lawsuit against ExxonMobil, Chevron, BP and more than

30 other fossil-fuel companies demanding they pay the

huge costs of defending the city from rising seas caused

by the climate crisis.