THE ROLE OF THE IPCC IS TO ASSESS... 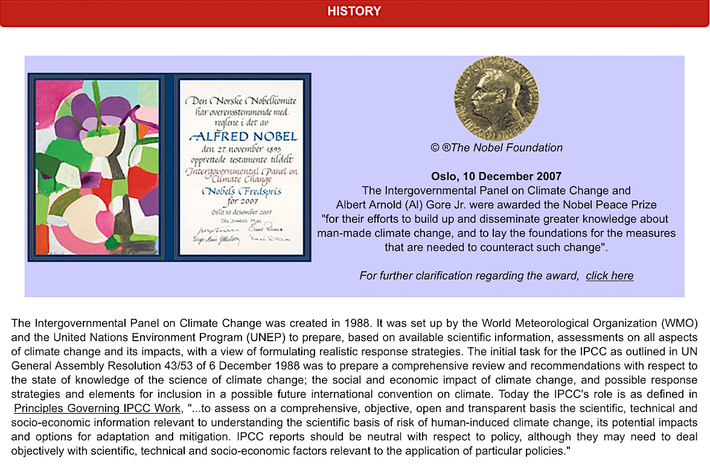 ... on a comprehensive, objective, open and transparent basis the scientific, technical and socio-economic information relevant to understanding the scientific basis of risk of human-induced climate change, its potential impacts and options for adaptation and mitigation.

IPCC reports should be neutral with respect to policy, although they may need to deal objectively with scientific, technical and socio-economic factors relevant to the application of particular policies.

The scientific evidence brought up by the first IPCC Assessment Report of 1990 underlined the importance of climate change as a challenge requiring international cooperation to tackle its consequences. It therefore played a decisive role in leading to the creation of the United Nations Framework Convention on Climate Change (UNFCCC), the key international treaty to reduce global warming and cope with the consequences of climate change.

Since then the IPCC has delivered on a regular basis the most comprehensive scientific reports about climate change produced worldwide, the Assessment Reports. It has also responded to the need for information on scientific and technical matters from the UNFCCC, through Methodology Reports and Special Reports, and from governments and international organizations through Special Reports and Technical Papers. Methodology Reports serve as methodologies and guidelines to help Parties to the UNFCCC prepare their national greenhouse gas inventories.

The Fourth Assessment Report paid greater attention to the integration of climate change with sustainable development policies and relationships between mitigation and adaptation.

... and so [IT] TOOK 28 years of wasted opportunity from 1988 to the convening of the COP 21 conference in Paris, to settle the so-called
UN Paris Agreement • which thence became a hybrid combination of the Kyoto Protocol and the Copenhagen and Cancun agreements • and here ME/WE are today following lasts years COP 26 in Glasgow, still no better off with regard to addressing the consequences of consequences of GLOBAL WARMING than human kind faced prior to IPCC's establishment !!!???