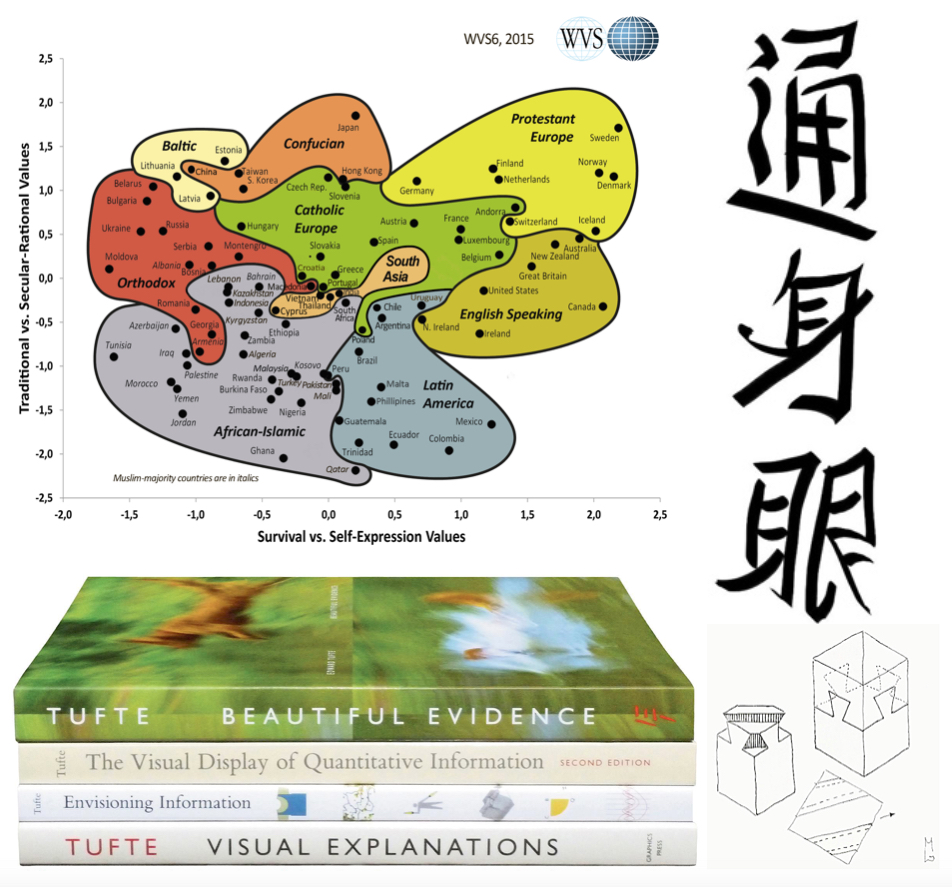 BORN to this multiverse of parallel universes • care of the

with the spark in the machine mindsight of a left-handed,

I have long since been fascinated  with the VISUAL DISPLAY

of INFORMATION and as such was extremely gratified to see

reference made to an updated version of Inglehart-Welzel's

"cultural map of the world " in  THE LISTENING SOCIETY,

which was recently recommended to me by Tom Christensen.

built around Welzel's VISUAL MAP of IDEAS, at the centre of which

introverted country. A seed is an introversion. Try to understand

the phenomenon of the seed, what a seed is. The seed is natural

to India. The genius of India can produce seeds of tremendous

potentiality, but cannot give them soil in which to grow. ZEN

was born in India as a seed, but grew in China and blossomed

in Japan. ZEN is not a religion, not a dogma, not a creed. ZEN

is not even a quest, an inquiry - it IS non-philosophical. The

fundemental of the ZEN approach is ALL IS as it should be,

nothing is missing. ZEN is an intertwining of TAO and the

teaching of Gautam Buddha - ZEN cannot [BE] ZEN without both

TIME to UNLEASH THE ZEN-LEADER within YOU

As the INTRODUCTION to THE LISTENING SOCIETY proposes...

What do we need to achieve with this book? You are to learn about

a political and social theory, which, if enough people understand it,

can and will dramatically improve the lives of coming generations.

And spare humanity and the other animals from oceans of

suffering and degradation. This is what I contend. What you are

world— something we are in dire need of, given the vast

challenges ahead. And the worlds of mice and men are political

worlds. Politics means games for power. Power matters in all

aspects of life. Who makes the calls? Who is considered morally

pure and sexy? Who gets to be smart and respectable, or to be the

cool, romantic rebel? Who gets to be the kind, wise woman and

who gets to be the boring old hag? Who gets the cards stacked

against them in a fight they cannot win? What ideas rule the world

and creep deep into our minds and dreams, constituting and

structuring everyday reality? These, my friend, are the questions

of politics in its true sense.