Fibonacci, Filippo Brunelleschi and Leonardo da Vinci before us

≡ to  LOOK back to our species 'connessione'

with  NATURE  since...  ancient TIMES.

Climate change was again placed at the centre of global diplomacy over the past two weeks as diplomats and ministers gathered for COP23 in Bonn, Germany, for the latest annual round of United Nations climate talks.

COP23 [IS] the second “conference of the parties” since the Paris Agreement was struck in 2015, promised to be   a somewhat technical affair as countries continued to negotiate the finer details of how the agreement will work from 2020 onwards.

However, it was also the first set of negotiations since the US, under the presidency of Donald Trump, announced its intention earlier this year to withdraw from the Paris deal. And it was the first COP to be hosted by a small-island developing state with Fiji taking up the presidency, even though it was being held in Bonn. 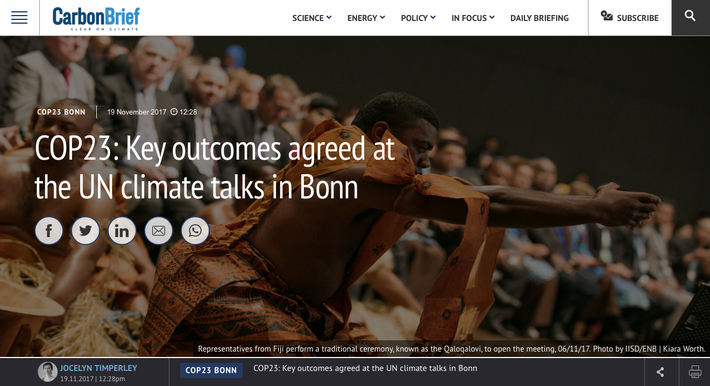