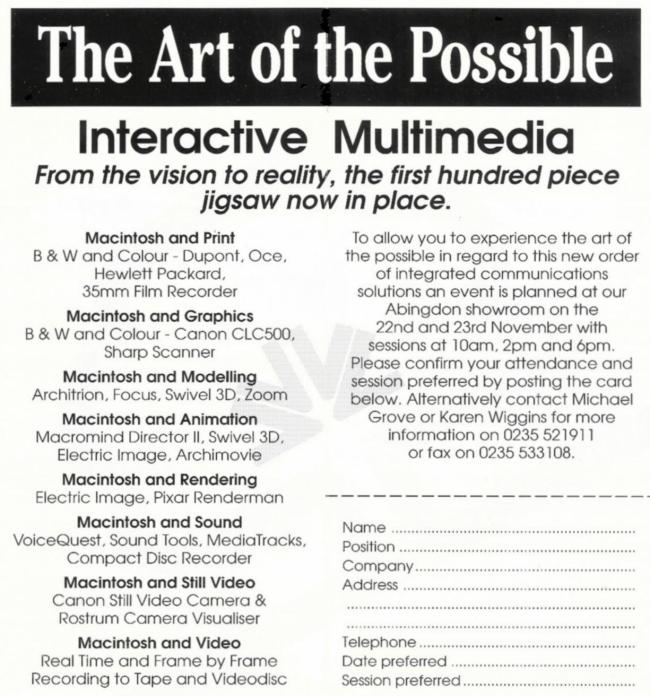 As Machiavelli wrote in

The vision that has brought us here today is my own vision, one which I have

had since a child. A vision of a time when we would not necessarily have to

communicate our ideas through words and numbers, or pictures, or films, or

sound alone, but in ways that were an amalgum of all these media. After

several years of involvement with the computer industry, my own experience

of mainframes, minis and personal computers led me to pronounce in 1987

- with the advent of the Apple Macintosh II and its open architecture, colour

and Hypercard, "That the first piece of the jigsaw was in place "

& that my suggestion, as consultant to Apple Inc., was that - " Hypercard

given away with it free of charge "

Since that time, the Macintosh II computer has been developed and

configured to interface with every individual medium of communication

be it in print, graphics, modelling, animation, photography, video or sound -

in the most advanced network environments thus far established. It is this

relationship which allows us, as individuals, to interact with each of the

The key point now , however, is that the common networked client

platform for interaction across all media types is the Apple Macintosh.

University Press attending a presentation of mine at Newnham

Ladies College, Cambridge, following the launch of the INTERACTIVE

MULTIMEDIA 'simulation system' • which I had developed in

association with the BBC Computer Literacy Project and Orbis, the

to OUP for the research and development of the Volcano Videodisc

Project, the potential transfer of the OED onto CD-ROM and then

following the subsequent European launch of the DiceNET Colour

Server System, the supply of a customised bespoke system to be able

to transfer the massive archive of OUP Hand-produced Multi-

Coloured Artwork into a computer accessible Library of Digital

Images, which was installed into a basement room adjacent to where

and marked with a brass plaque in the floor. 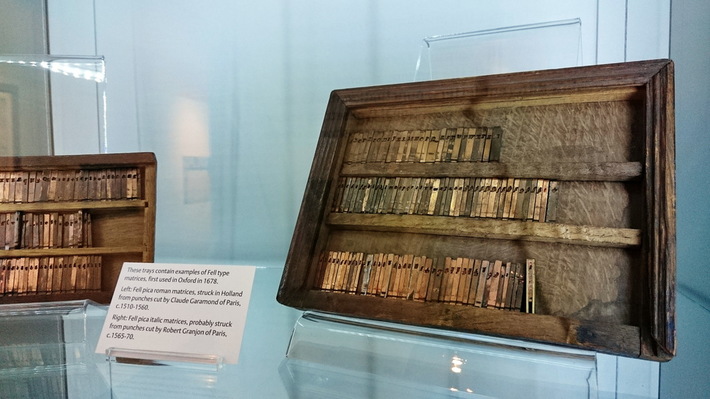 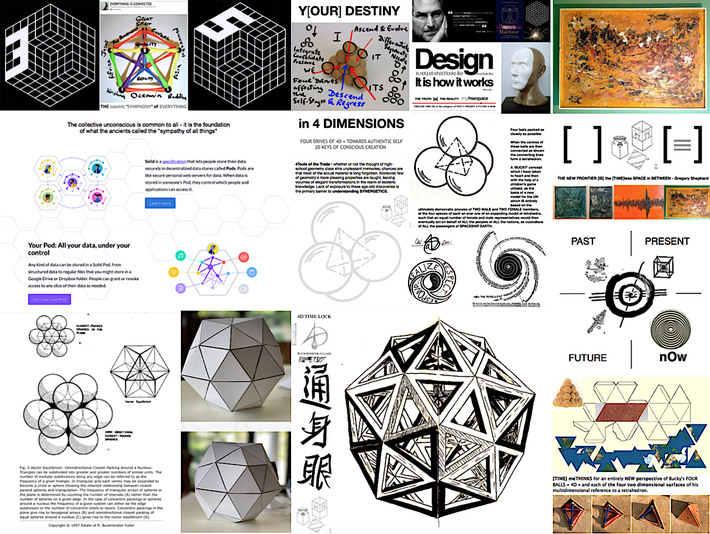 Fuller's finetuning communication concerns, by way of developing and using words that are consistent with scientific reality, is one facet of the role of language with respect to synergetics • & another deals with the difficulty of describing visual and structural patterns.