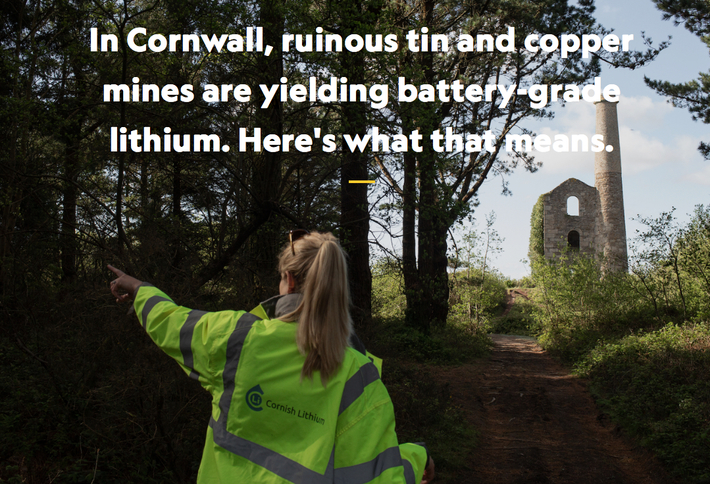 [IN] no way different a way than the very fact that precious metals have been mined in Cornwall for the last 4000 years, there [IS] no doubt that lithium has always been here ready to {BE] mined. So why the lust for lithium [NOW] though? What does this metal have that makes it so crucial in battery production?

Lucy Crane is senior geologist at Cornish Lithium.
“It is the lightest weight metal, and it has a really high charge density,” she tells National Geographic UK. “In cars, laptops and mobile phones, you need batteries to be lightweight and portable. So lithium-based batteries are key. At the moment, all the battery mega-factories around the world are geared to lithium.”

According to battery researchers The Faraday Institution, UK demand for lithium carbonate will exceed 70,000 tons by 2035. Together, Cornish Lithium and British Lithium could, in theory, supply the lot.
Jonny Pickup - National Geographic Sience