ONE OF THE MOST IMPORTANT … 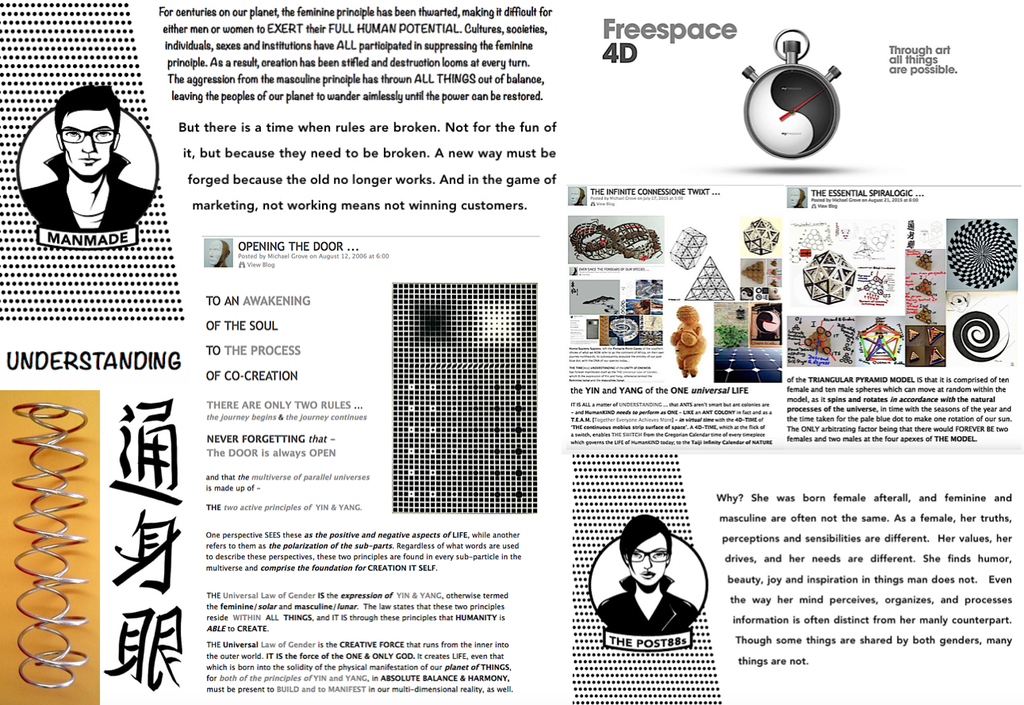 aspects of [BE]ing British, as inhabitants of a group of North Atlantic

Islands, situated off the North-Western coast of EURASIA and being the

beneficiaries of favourable climatic conditions as a result of appropriate

ocean current conditions • IN the context of the British Peoples' leading

role of establishing THE RESPONSIBLE ACTION required for the bringing

down of the false 4th WALL, that predominately patriarchal rule has kept

propped up • IS our global juxtaposition to a.n.other group of Pacific

Islands off the North-Eastern coast of EURASIA, which are themselves

predominately subject to the YIN/YANG juxtaposition of the force of

nature, a process that we have more recently come to understand as

TO LIVE LIFE HAPPILY • WE MUST LIVE [UN]•SEEN

... in quiet contemplation and awe of - the multitudinous combinations

of atoms and molecules which independently and interdependently

collectively conscious of an energetic connection and interconnection

with ALL that constitutes THE WHOLE.

An energetic connection and interconnection which our species has

individually and collectively described as a spiritual phenomenom - a

spiritual phenomenom which has been hi-jacked from the outset, by ALL

manipulated by the minds of those that would lead.

ALL THINGS INTEGRAL & the ART of INTEGRAL UNDERSTANDING are

of the rapidly approaching 7.5 BN human passengers of Spaceship Earth

today, to seek that understanding and in so doing switch into the ALL

artists - in fact - cogniscent of the purpose of INTEGRAL ART & committed

the CONSCIOUSNESS of ONE.