THE SYSTEM of Freespace 4D will be ... a [RE]flexione of NATURE’S SYSTEM of HIDDEN ORDER

Complexity • explained for me, how scientists who study complexity

of unrelated complex systems. This was how I had seen the operation

of the SYSTEM of Fibonacci’s Numbers, working on my dad’s allotment,

when I was first introduced to them at Grammar School; and why I had

then decided that, until a [NEW ORDER] SYSTEM of DEMOCRACY • which

reflects the hidden order of NATURE, in the context of homo sapiens

sapiens [BE]ing [ONE] with [NATURE] • would need to be established.

As Leonardo da Vinci concluded, in France, towards the end of his life ...

Dan Needles at Goodreads rated "the opening alone as worth the read
and merits the 5 star rating by itself; as it provides a system perspective
of the world where pattern rather than substance defines reality or at least
is the only conduit through which reality can be experienced. Specifically
interactions in space and time render meaning to objects and we do not
experience the objects themselves per se but rather interpolate they exist
from myriad of interactions with the same location in space over time
using diverse sensory experiences.


THE FORCE of GOD ≡ THE WAY of NATURE

This is the first time ive read of Freespace 4D as a system outside of my own private writings and makes me very happy besides the fact that I always learn new things from your comprehensive point of view ! 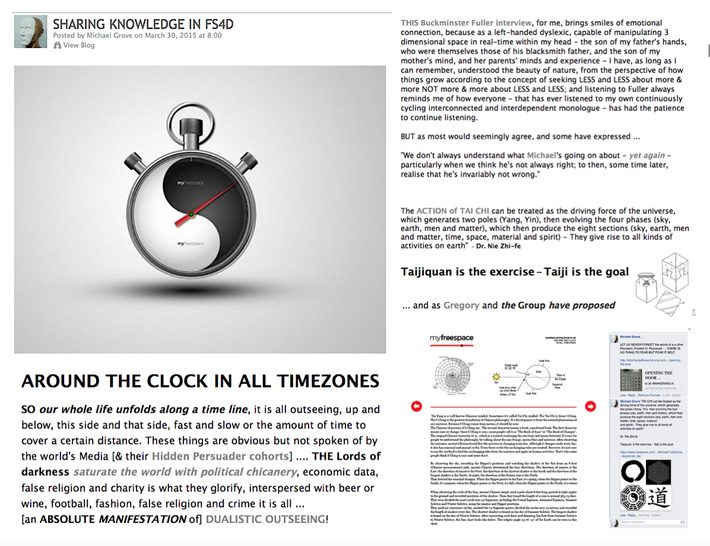