THE degree of absence of thinking IS ... 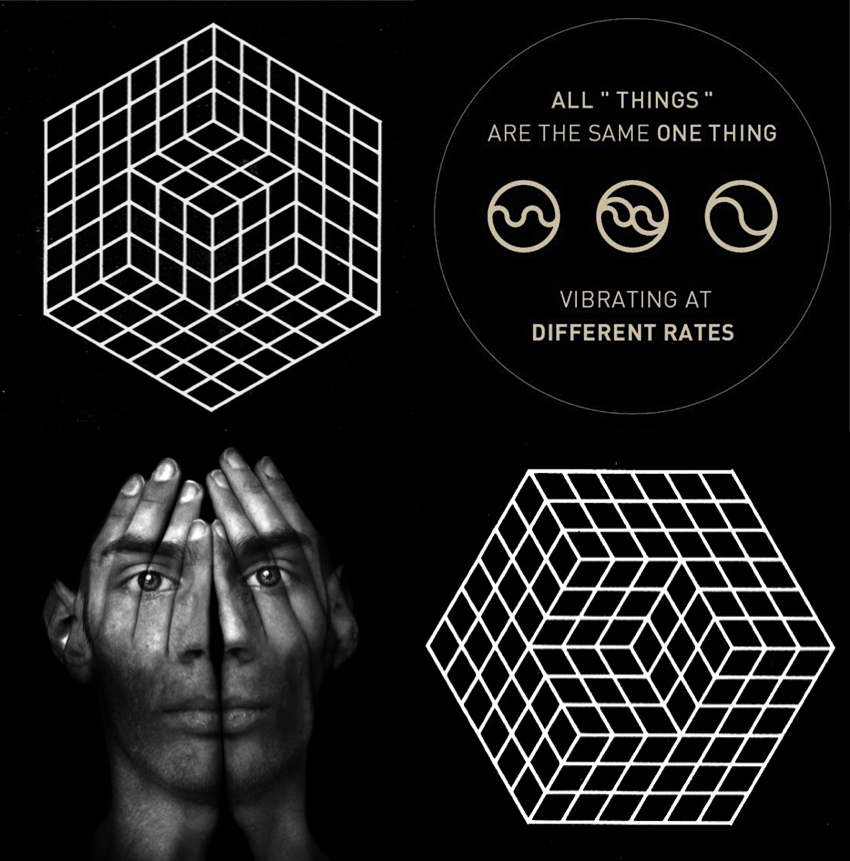 "Another facet of thought which Fuller believed to be extremely important

was imagination. The root of the word imagination IS IMAGE, and Fuller

defined imagination as the uniquely human ability to create an image.

Through years of personal experience and observation, he came to believe

primarily the result of the ability to employ imagination."

"According to his hypothesis, in thinking and establishing order, humans

gather an enormous quantity of information. They then utilise

imagination by applying that accumulation of data to complex problems.

Such an ability is especially important when new information is obtained

through observation and experience. When that occurs, individuals use

their minds to imagine and uncover relationships between the new

information and previously accumulated knowledge • and THAT IS

Fuller further felt that the process of imagination was even more

from outside of himself or herself.  He would explain that information

gathered outside a person's physical assembled body is assembled inside

television studio. Each person's internal "studio" is the site at which his

or her "imagination" is utilised to discover relationships between the

THE HUMAN CAPACITY to think and create • order from chaos •

IS in[DEED] primarily the result of the ability to employ imagination.

Walker Library of the History of Human Imagination

what a spectacular place with all that it contained.

The film was meant as a teaser to run at the extraordinary TED conference. To create this       mood I used sophisticated camera techniques         including a camera mounted on a wire, a 30 foot     jib arm, and a miniature Dolly to float through     this space and give just a taste of what it contains.

Thank you for the opportunity, Jay Walker.

To see more of my work, visit www.theHoffmancollection.com

THE ART of the POSSIBLE in FILM • in[DEED] Earlier this month, Imagination revealed it had reached a new deal with Apple. The statement was a short one: “With a new multi-year licence agreement under which Apple has access to a wider range of Imagination’s intellectual property in exchange for licence fees.” It left some scratching their heads. Why was a tie-up coming now? Had Imagination been handed a worse deal, perhaps having had to offer more concessions or take a smaller cut of royalties? Had Apple decided it just wasn’t worth developing the graphics chips in-house?

“I don’t think it’s necessary to be public,” says Black firmly, when pressed about the terms of the deal.

Of course, Apple would want it that way. The company is renowned for its strict secrecy policy, so much so that when Imagination first announced a deal between them in 2014, it wasn’t even allowed to name its new partner. In any case, it’s hard to argue that such a partnership is not welcome news for Imagination and Canyon Bridge, the private-equity fund supported by the Chinese government – even with all the progress made in the downtime between the two deals.

And there has been significant progress.

Given the concerns over such a heavy reliance on one customer, Imagination has made a real effort to diversify, pushing into automotive and striking new deals over digital dashboards in cars and the development of artificial intelligence chips.

It has also emerged a more mature company.

Those bitter hostilities that grew between Apple

and Imagination are now a thing of the past.