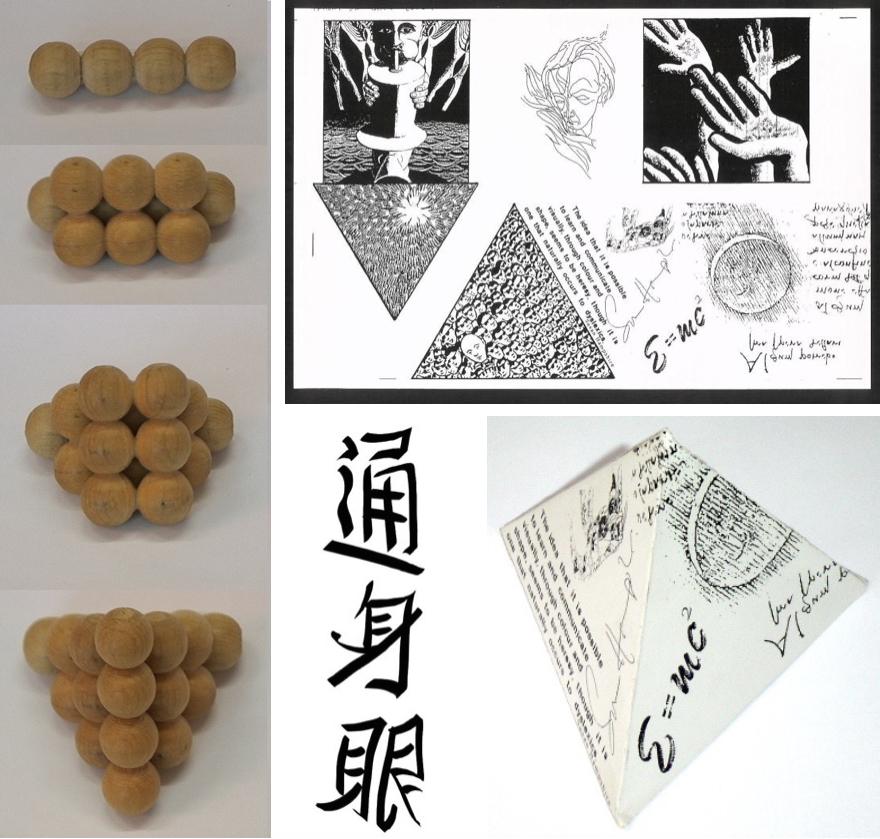 An idea that it IS possible to establish a 3 dimensional model of the
evolution of consciousness from a solid figure of a triangular base,
with triangular sides meeting at a point.

A triangular prism of glass for resolving light into a spectrum of colours
a prism of light in fact which entirely encompasses the truth of our
conscious existence as passengers of Spaceship Earth.
A game played on a billiard table in which the balls are first arranged into
pyramid shape, which is then set asunder by the first strike of the match.

Enlightenment is like the moon reflected on the water. The moon does

not get wet, nor is the water broken. Although its light is wide and great,

the moon is reflected even in a puddle an inch wide. The whole moon and

the entire sky are reflected in dewdrops on the grass, or even in one drop

Enlightenment does not divide you, just as the moon does not break the

water. You cannot hinder enlightenment, just as a drop of water does not

hinder the moon in the sky.

The depth of the drop is the height of the moon. Each reflection, however

long or short its duration, manifests the vastness of the dewdrop, and

realises the limitlessness of the moonlight in the sky.

AS we contemplate & deliberate ALL the facets of expanding world views