IS THIS CHECKMATE for the ... 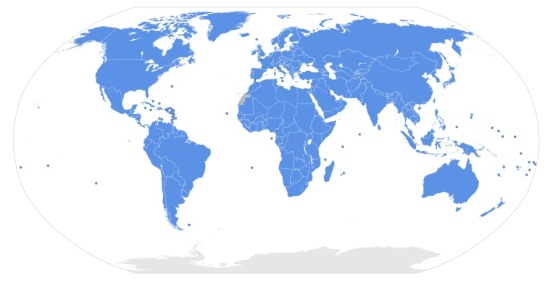 Democrats and Republicans reached the broad outlines of a deal but

failed to pass the required legislation in time.

of holding a gun to their own heads. The fixing of a deadline for the automatic

The stratagem has failed. There has been no “grand bargain” that addresses

The detail of the deal, agreed by the Senate two hours after the deadline’s

expiry, reveals its lack of ambition. The income tax rate will rise from 35%

various deductions and credits will be withdrawn on lower incomes.

AND that WAS IT. There was scarcely a mention of spending cuts of any kind.

budget deficit of $1.1 trillion, this package does NOT even begin to address

THIS refusal to face up to reality is damaging enough in the eurozone.

In the United States it is infinitely more so. As the powerhouse of the world

economy, America cannot continue to live in denial and expect to maintain

its dominant role. Its current debt trajectory is leading the country to ruination.

Many economists believe that such a crippling level of public debt

can destroy any prospect of economic growth."

AS one meritorious Professor of Geophysical and Climate hazards

has said in SKY VISION's - Superstorm 2012: Hell and High Water

"The ONLY way we can prevent climate change from being
all pervasive , being catastrophic , IS by a war on climate change -
INSTEAD of economic growth being what we really want to achieve -
IT should be reducing emissions."
.
Bill McGuire - University College London
.
.