.
.
I can only assume that the drone situation at Gatwick has arisen in part, as a result of the self-same factors which led to the earlier closing this year of the airport because of
a lack of sufficiently qualified Air Traffic Controllers, because the NATS contract to provide ATC services had been replaced by Gatwick's owners, with a lower cost provision from a.n.other party. In view of the fact that it is the responsibility of ATC to ensure the safety of the Airport's Control Zone, actions should have been put in place by the ATC Provider to alleviate the threat of drones, in no dissimilar manner than airports in the Netherlands have been using Trained Eagles to bring down drones where necessary, in addition to a plethora of other solutions which have been available at a cost, for several years now.
.

One of the problems being faced by aviation authorities worldwide is an ignorance, and/or lack of understanding by some drone operators, of the implications of flying a drone in the vicinity of aircraft and airports.

DJI Innovations, the largest drone manufacturer in the world, have taken a very proactive stance in this regard. DJI have introduced a nine-question knowledge-based quiz on local regulations within their app in the United States, the United Kingdom and Australia with further countries set to come online. All questions must be answered correctly in order for the drone to fly. Should the owner choose to travel to another country with their drone, the questions will automatically update to those of the country that the drone will operate in. The FAA, CAA and CASA have given DJI their blessing. DJI also have geofencing included within their app thereby preventing drones being operated in areas where aviation safety or national security may be affected. A website has also been produced by DJI that shows no-fly areas as well as additional safety information that drone pilots can check. Additionally, CASA also produced an app (Can I Fly There?), which also shows airspace limitations for drones within Australia. DJI also produce videos and run workshops for new pilots where regulations are emphasised.

Although many countries try to educate drone users, there are always going to be those users that push the legal limits. Authorities must ensure that appropriately severe penalties are applied and publicised in the media.

Given the massive increase in drone usage, and the ongoing terror threat, it is imperative that the types of systems described above are integrated into air traffic and airport security systems. Further education must also be undertaken by both drone manufacturers and governments, and wide spread publicity should be given to the punitive actions taken against miscreant operators. 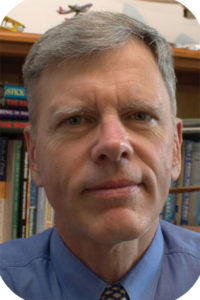 Clayton Simmons possesses both a remote pilot’s licence and airline transport pilot’s licence. He also has a Master’s Degree in Policing, Intelligence and Counter-Terrorism and a Postgraduate Diploma in Aviation Industry Management. Clayton is endorsed on the Boeing 747 and currently flies Boeing 737s as well as being involved in the commercial drone industry.