FROM CRISIS TO CRISIS ... 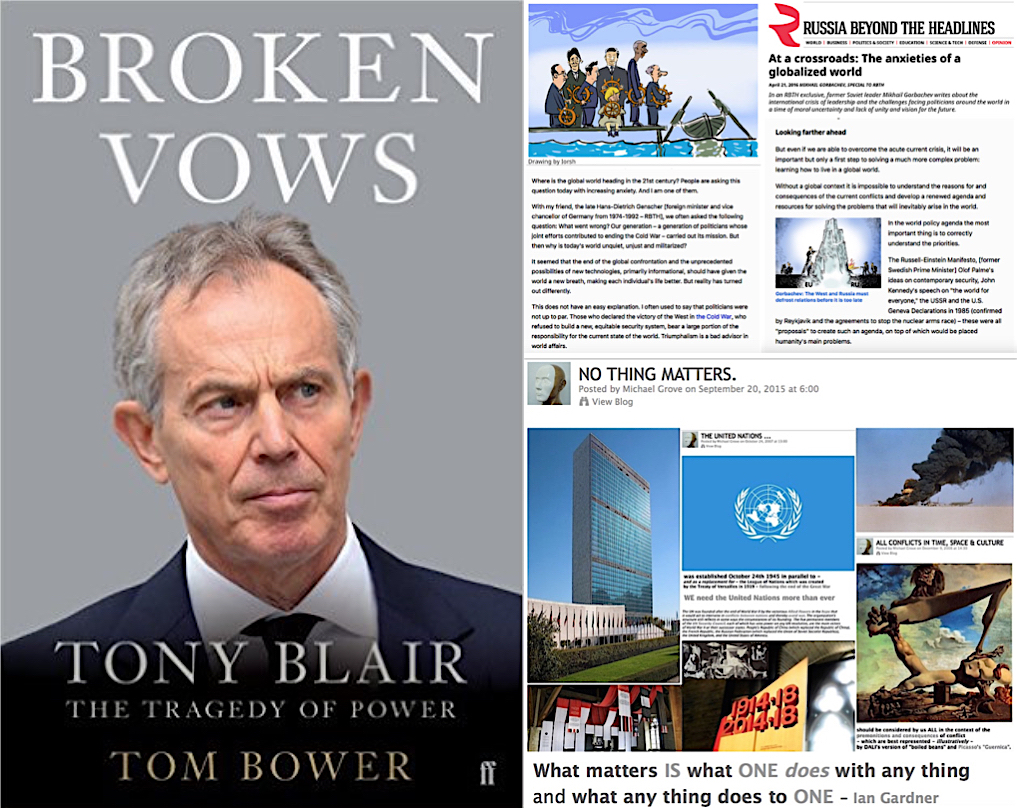 MY OWN personal connessione with EVERY ONE of the notable subjects

of Tom Bower's Books, let alone his latest revelations of the shenanigans

of a certain gentleman, whose own connessione with the curious case of

being British was severed, when he chose to leave the Church of England

and join the Church of ROME; has engendered my long-since held very

focussed understanding of ... "another imperative for today's globalised

world is the necessity to unite politics and morality, which IS a big and

He goes on to say that ... "Those who declared the victory of the West in

the Cold War, who refused to build a new, equitable security system,

bear a large portion of the responsibility for the current state of the world.

Triumphalism is a bad advisor in world affairs. But that is not the only

problem. The new global world is still not understood and interpreted.

It needs new rules of conduct, a new morality. But the world leaders,

apparently, cannot grasp this. I think that here lies the main reason for

solution for any one of these problems. Meanwhile, a new round of the

arms race has begun, the ecological crisis is getting worse and the gap

between rich and poor countries is growing, as well as between the rich

and the poor within individual countries. These are the problems that

must be on the top of the world's agenda. But they are not being solved.

Dead ends are everywhere. And yet it would seem that there are

possibilities to overcome them, as well as mechanisms – those that have

which was created to meet the new challenges. But hardly anyone can

behind. We are faced with a leadership crisis, both international and

national. Politicians are just occupied with "putting out fires," solving the