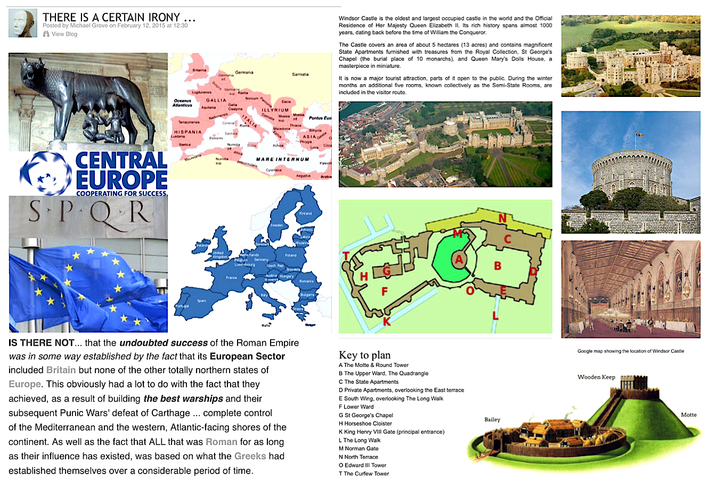 "a new type of thinking is required if mankind is to survive" comes to [MIND] and acts as a reminder that the living have to pass the torch to the living to perpetuate the continuous evolution of DNA and IT's collective intelligence and the future well being of the KOSMOS; in the very context of the fact that THERE [IS] in[DEED] from my own perspective, a certain irony in the fact that having eventually been prevented from crossing the Thames to the South East of London following their victory at the Battle of Hastings and being forced to march Westwards until they could cross the river at Wallingford, where they built a wooden Motte and Bailey, William and his army then proceeded Eastwards, before then approaching The Capital of London from the North and to build their original timber Tower of London, that they should have also thence decided to build in stone, a motte & bailey Castle at Windsor, which is the oldest of its kind on Planet Earth today and where so many members of the Royal Family have chosen to be buried.


Any particularly moving rendering of Little Drummer Boy, always reminds me of Richard Feynman's complete understanding of Einstein's words and his attempts to communicate to all and sundry whilst playing to the beat of his own drums.