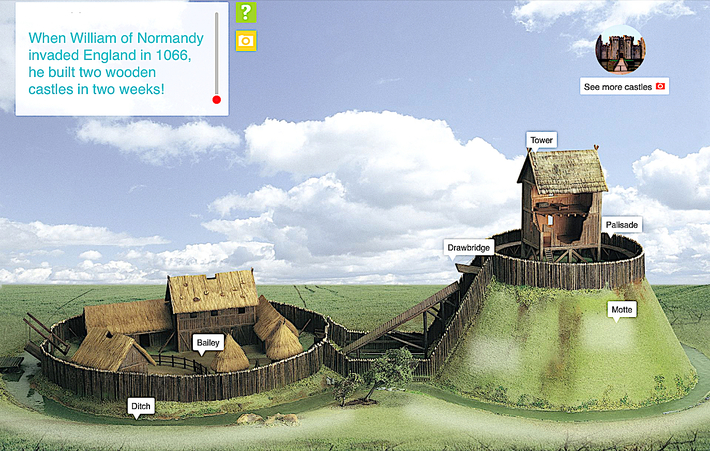 ... an EARLY [TYPE] of CASTLE. An earth mound, or motte, with a tower or lookout on top, was a building next to a yard, otherwise known as a bailey which usually contained stables, a hall, workshops, a well and a chapel. The motte and bailey were protected by a fence called a palisade and surrounded by a ditch. 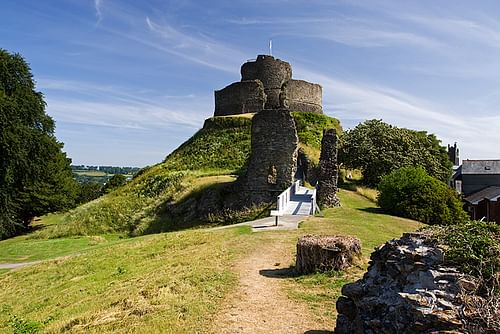 Motte and bailey Castles were made of wood. Wooden castles were quick to build and repair, but the were easy to attack and burn down. Stone castles were stronger and did not rot like wood, but were expensive and took many years to build.