Chief executives are suffering from an ... 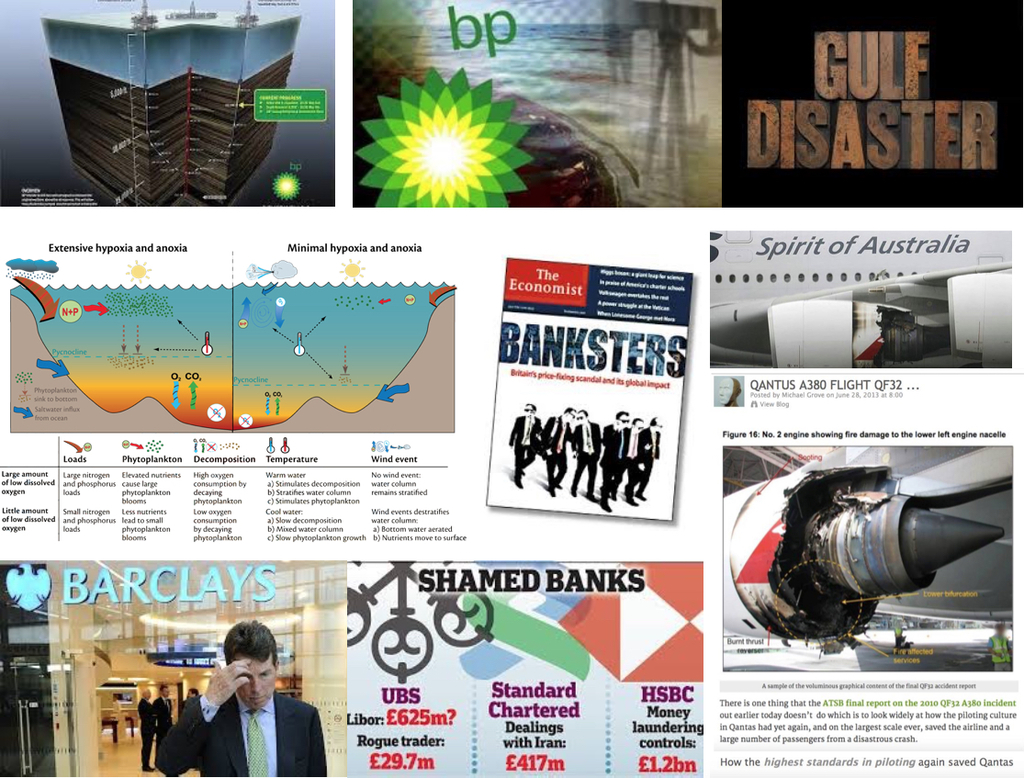 information overload that handicaps rather than helps them, academics have found. Researchers who spent two years watching seven chief executives running hospitals and mental health institutions in England suggested that many corporate failures are the result of business leaders loading themselves with the wrong information or information about the wrong things.

Almost all the executives in the study had developed a ...

"personal knowledge infrastructure" but they rarely considered whether it helped them and only discovered its weakness after a failure or breakdown.

Roland Gribben is a former Business Editor of The Daily Telegraph who has written about BP for a number of decades, so it is entirely understandable that he should make reference to the review of this study from Warwick Business School and Oxford University's Said Business School, in the MIT Sloan Management Review, which highlights the information issue and draws parallels with crises ranging from BP's Gulf of Mexico oil spill disaster to the Libor rate-fixing scandal in the City where apparently "the troubles simmered below the chief executives radar". Keith Ruddle, associate fellow at Said Business School, said the team found the importance of the activities depended on experience, the executive team and the board. He added "If they don't get the balance right, though, they can end up inside and 'information bubble' and create information biases and blind spots."

As Joseph A. Raelin has written in his piece ... Rethinking Leadership - Businesses need a new approach to the practice of leadership - and to leadership development, in the MIT Sloan Management Review Magazine: Summer 2015 Opinion & Analysis ...

We have spent so much time and space, even in this magazine, looking for

leadership in all the wrong places. Leadership is really not about leaders

themselves. It’s about a collective practice among people who work together

- accomplishing the choices we make together in our mutual work.

That’s not, of course, the conventional notion of leadership. Beginning in the 19th century, the “Great Man” theory of leadership held that the historical march of civilization occurs based on the deeds of great individual leaders. Furthermore, these great leaders were thought to have been born with particular traits that accorded them greatness. Their deeds flowed from their personalities.

Even though the study of leadership has since moved on to such factors as leadership styles and behaviors, the charismatic ideal of prominent leaders remains. Derived from the Greek, charisma has a meaning of both a gift and a grace that allows certain individuals to sway others and shape the future by their sheer presence and personality.

But we’re at somewhat of a crossroads now in discerning just how successful the world’s great charismatic leaders have been over the past two centuries. Some might argue that our world is at a higher state of peaceful coexistence than at any prior time. However, others might contend that the human race is closer to the brink of extinction than at any time in history — and that our leaders have brought us to this point.

What’s more, within corporations, there is a concern that, given such conditions as accessible communications technology, size and complexity, top-down oversight by leaders has limitations. For example, a September 2014 article from HR magazine quoted Simon Lloyd, HR director of the bank Santander UK, as observing that “technology is freeing things up”; he went on to say that because of the sheer size of organizations, “trying to impose a command-and-control structure doesn’t work.” In the same article, Betsy Sutter, corporate senior vice president and chief people officer at VMware Inc., was quoted as saying that, because of the rapid pace of change, “you can’t expect to be able to scale, transform and win if you’re not creating agile models. If it’s top-down, it moves too slowly.

Joseph A. Raelin holds the Asa Knowles Chair of Practice-Oriented Education and is a professor of management and organization development at Northeastern University’s D’Amore-McKim School of Business in Boston, Massachusetts.