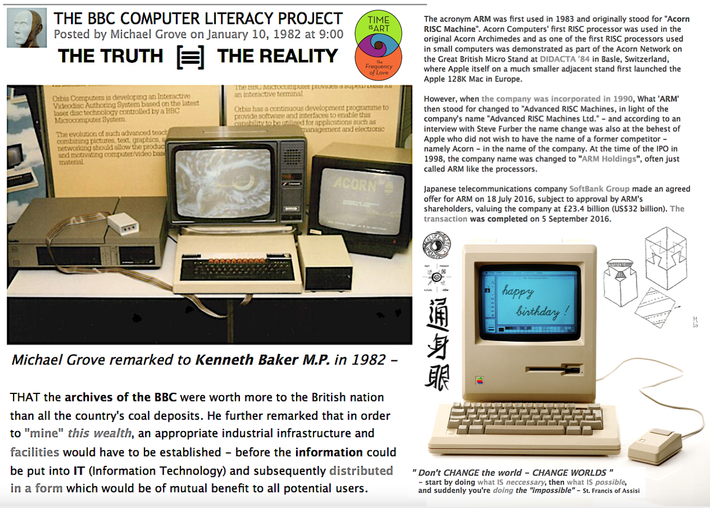 ...are 'upsticking' their presence in California and setting up camp in Texas, [IT] IS still the case that the USA does not have a National Grid despite the talk of ONE [BE]ing established on the back of Hyperloop Technology • in juxtaposition to the UK's long standing National Grid which delivers mains power on demand, to the vast majority of homes and businesses • I am reminded of the fact that [IT] was over the Christmas of 1981 that I wrote the BBC Basic Program to emulate an Authoring Language to demonstrate the capabilities of an Interactive Multimedia Video System,     to supplement the BBC's Computer Literacy Project, that was launched at the Tower Bridge World Trade Centre Event in London in the January of 1982, which subsequently led to its [ECO]Networked European launch at Didacta '84 where the original Apple 128K Mac European launch took place.

All of which I have been reminded of, by a recent completely out of the blue, Peter Rycraft blast from the past message! which has reminded me of Peter's significant role in the creation of a Computer Networking capability over mains electricity installations that became the precursor to my own @home Ethernet / Virgin 5G wifi network for the last three years or more, which has facilitated our high-speed access to the internet, whilst sitting on our bench at the bottom of the garden.