BY effectively taking down the historic 4th WALL that kept us separate from NATURE and BY embracing the very fact that What IS Possible NOW, was never possible before - the passengers of Spaceship Earth in Freespace 4D, are embarking on a new collective relationship with NATURE, which establishes a timeless zone for communication and commerce in4D™ by realising the dream of a common language in4D™ and the whole IDEA is to reclaim y[our] species lost relationship, as a constituent component of NATURE, through a permanent manifestation of the original concept of The ART of the POSSIBLE. 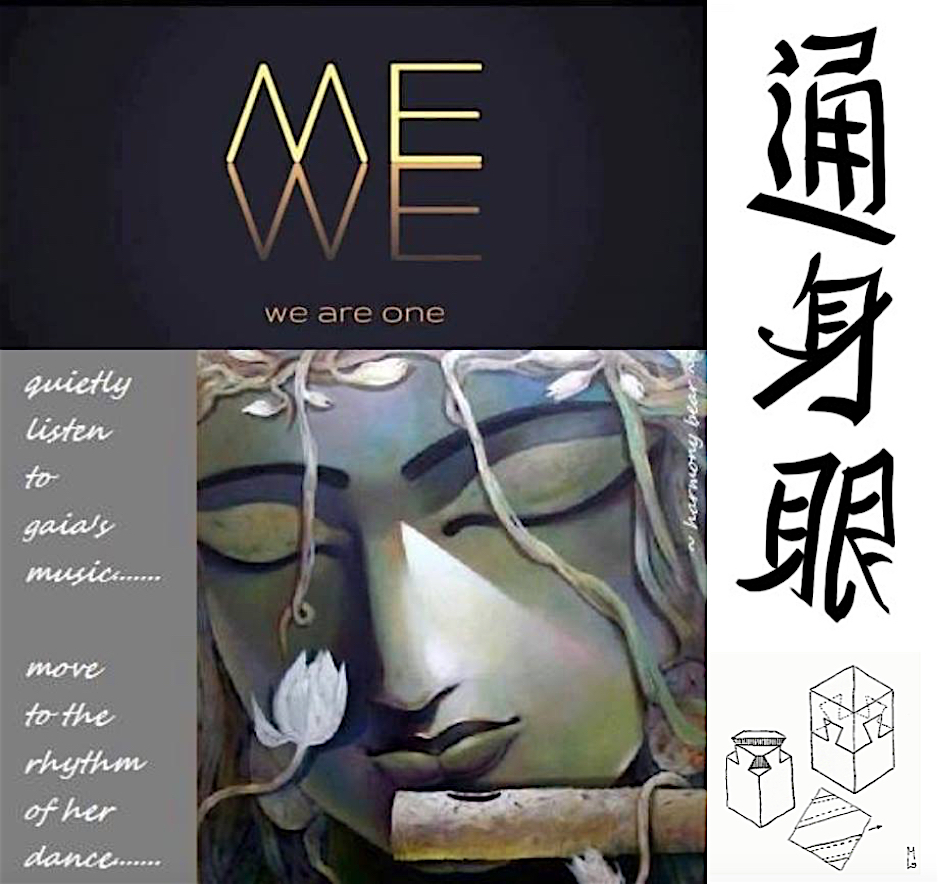 As a left-handed dyslexic who has honed my visual-spatial intelligence to be able to manipulate 3 dimensional space, within my head, as a result of being trained as both a pilot and air traffic controller - the subject of the nature of consciousness, has always been of particular interest to me.

My involvement with the establishment of an interactive multimedia televisual communications industry and particularly the development of CGI workstations has awakened 'my mind', over several decades, to the possibility that the entire energy of the universe constitutes the holographic ground of being of consciousness and that our species, as do all other insects and animal species, possess a diverse range of receivers, to filter out the energy streams specific to, and commensurate with, their particular day to day purposeful requirements.

WHY?" TRANSISTION you may ask • well having explained my absolute respect for the IDEAS of Leonardo da Vinci and Buckminster Fuller from       now on I wish to dedicate this initiative of mine to     THE IDEAS of he whom I would regard as my best   friend ever, namely my father-in-law Ronald Yardley, who when I asked for his daughter's hand in marriage, exclaimed..

• but having built a digital calculator & a colour television receiver at home in a kitchen cupboard,          it was he who had explained to me in-depth the   purpose of using TRANSISTORS instead of VALVES         at a TIME when, as part of a Physics 'A' level experiment, I was involved with the building of an analogue computer/calculator at Grammar School, utilising     valves • I would dedicate the very concept of TRANSISTION to him, particularly with respect for       the kindness of the hundreds of Post Office Staff who attended his funeral at Finchley Crematorium, following his untimely death at 54 years of age.