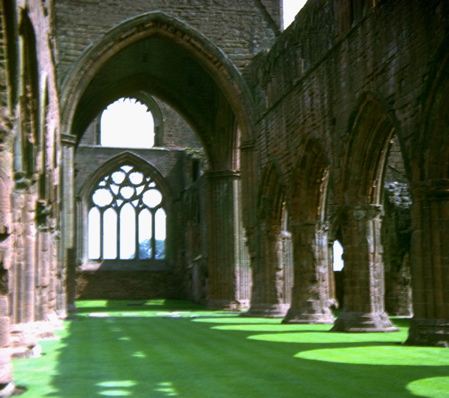 during this particular period

of the evolutionary spiral,

with the horns of a dilemma.

" The word dilemma characterizes a situation in which one must choose between two disagreeable options. This is a good description of the human condition in the early 21st century. Had our species foreseen and begun to adapt to resource limits back in the 1950s or even the ’70s, the transition to non-growing, sustainable levels of population and consumption might have been fairly painless.
But now there really are no easy paths from here to a workable future."

IS THAT our species' propensity to adopt a mindset of denial,

when faced with any really urgent or problematical situation ...

IS THAT which may prevent our species ACTING

in the very way that we have been destined to do so.

DESTINY IS that which one discovers ...

FATE IS what you are faced with if you don't.

When faced with what could be our species most urgent and problematical situation, as a global collective of a multiplicity of diverse situations, the very survival of our species as custodian of ALL LIFE on earth and probably ALL LIFE in this particular universe of the multiverse of parallel universes - the VERY WORK of GOD which Lloyd Blankfein has declared Goldman Sachs to be carrying out ...


"What you need to know is the big picture: If America is circling the drain, Goldman Sachs has found a way to BE that drain — an extremely unfortunate loophole in the system of Western democratic capitalism, which never foresaw that in a society governed passively by free markets and free elections, organized greed always defeats disorganized democracy."


... IS ONLY part of the ACTION that our species IS REQUIRED URGENTLY to take, in the face of ALL the evidence, in view of the need to restore GLOBAL BALANCE.

"Global Balance should therefore result in systems at the global level which are less in number than the current number of parts operating in the inter-national space. It will need to be managed by a level of thinking that is more complex than the thinking which produced the current international environment."


As David Korten presented in his speech at the Economics of Peace Conference in October ...

" To use a computer analogy, the Wall Street financial system has become

the operating system of the economy and the society. The values and

of the larger society. Wall Street has one value—money—and one goal ...

to maximise financial returns to those who control the money system.

of open frontiers with endless abundant resources free for the taking.

relationship with our local ecosystems everywhere, working with

nature to reuse and recycle everything and to eliminate the release

of any substance that nature cannot readily absorb and detoxify.

Spaceship Earth, our Birth Mother, is endowed with a wondrous self-

managing, self-regulating life support system that has nourished us

as a species through the years of our growing up. As a loving parent,

she has absorbed the insults and injuries of our reckless adolescent

behavior. Our numbers and the power of our technology, however,

now exceed her capacity to absorb."

The multitude which is not brought to act as a unity is confusion.
The unity which has not its origin in the multitude is tyranny.

NO BETTER place to start to understand how
to address ALL of these issues than to ...

4. Download and read Barrett Chapman Brown's article entitled
INTEGRAL COMMUNICATIONS FOR SUSTAINABILITY which
appeared in the Spring/Summer 2005 Edition of KOSMOS

"KOSMOS takes an integral approach to global emergence that stimulates the mind, awakens the heart and inspires engagment. It has magnetized experienced leading edge thinkers in global governance, economics, institutional transformation and contemporary spirituality who are committed to evolutionary global change through transformation of self, culture and institutional structures. Highly recommended."
Ken Wilber

My heart, and greatest of heart felt bows to your absorption, Michael.

What you said about, “We are only now a species awakening to the reality…that nature cannot readily absorb and detoxify,” is
unfortunately sad and true.

Your heart must be in much pain, as mine and many others who are trying their darnedest to make right.

Much love, and deepest compassion to this tragedy of this beloved earth of ours.

BUT in the context of Peak Oil, Peak Gas, Peak Coal and Peak Everything energywise; Richard Heinberg has said in his latest December 2009 Museletter

” The International Energy Agency has stubbornly refused to come ”clean”.

And THIS IS important: while financial analysts and investors are free to draw their own conclusions about Peak Oil (and a great many of them have seen the
writing on the wall—hence recent run-ups in oil futures prices), national and local governments must rely on officially sanctioned fuel supply and price projections for all their planning.

Energy policy, transport planning, agriculture policy, economic forecasting,
and much more depend upon the august pronouncements of the Paris-based
IEA.

There are always folks who are glad to tell us what we want to hear. Indeed, the presentation of plausible excuses for the denial of serious problems offers an attractive career track. Prominent oil optimists like Daniel
Yergin and Michael C. Lynch find open doors at the New York Times and
other major media outlets, and wealthy clients for their consulting
services, because they reassure markets that all will be well.

Nevertheless, denial leads to complacency, NOT problem-solving. And the end of cheap, abundant oil is a problem
that could cripple the global economy not just for another year or two,
but more or less permanently.”

PEACE IS NOT ENOUGH as Carter Phipps has indeed declared in response to Obama's Nobel Peace Award Speech.

… and IF any of you are still in denial about the VERY VERY IMPORTANT
issue of Peak Oil, Peak Gas, Peak Coal and Peak Everything …

” The central idea [of Simpol] is very powerful; that is, the notion of how to link votes in one country with votes in another - how to link political action in one country with action in
another. International competition is built-in to the nation-state
system at its current level of development and so the issue is not
environmental concerns, but how to get humans to AGREE
on environmental concerns. This is really fascinating and very hopeful.
In my opinion this is the crucial issue for the 21st century “.

“What differentiated [the recent economic crisis] from the Great Depression is that this time the financial system was not allowed to collapse, but was put on artificial life support. In
fact [however], the magnitude of the credit and leverage problem we have today is even greater than the 1930s.”