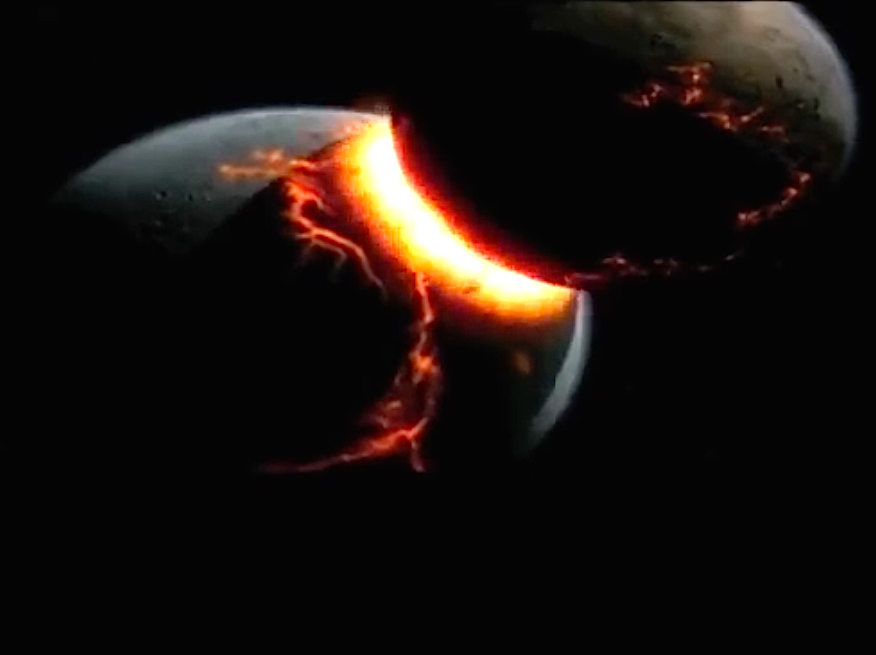 The name of the hypothesised protoplanet is derived from the mythical

This designation was proposed initially by the English geochemist

Alex N. Halliday in 2000 and has become accepted in the scientific

community.[2][11] According to modern theories of planet formation,

Solar System 4.5 billion years ago. Indeed, one of the attractive features

the context of the formation of the Earth: during the course of its

formation, the Earth is thought to have experienced dozens of collisions

with such planet-sized bodies. The Moon-forming collision would have

been only one such "giant impact" and, perhaps, the last.