Supersonic and Hypersonic flight are dreams ... 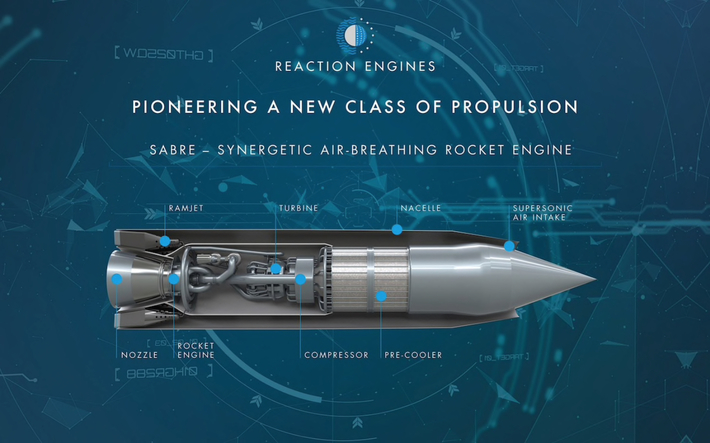 of aeronautical engineers, where flying at many times the speed of sound

[IS] a technically difficult endeavour. Even though supersonic is a realised

dream the cost makes it difficult to be used financially.

in many cases ranging from missiles, supersonic aircraft to artillery rounds,

while the scramjet engines are still highly experimental.

Having said that the UK government has already invested £60 million

in the Reaction Engines engine project, which has been matched by

more closely with Australia in a ‘space bridge’ partnership and Graham

Turnock, the CEO of the UK Space Agency, said that it was appropriate

the two countries were moving closer together just as technology was 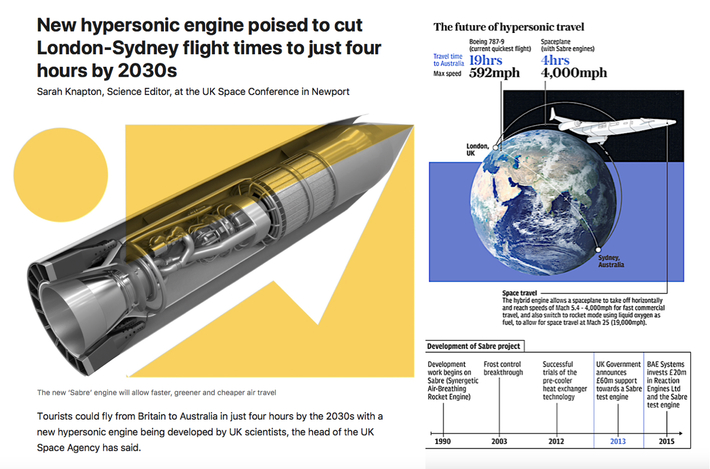 ‘space bridge’ partnership and Graham Turnock, the CEO of the

UK Space Agency, said that it was appropriate the two countries were

moving closer together just as technology was speeding up journey times.

“I really like the concrete sense of a bridge linking us, and when we

have brought the Sabre rocket engine to fruition, that may in a sense

be the manifestation of that space bridge, enabling us to get to

Australia in perhaps as little as four hours. Once you’ve got

hypersonic engines operating then that kind of journey time is

achievable. This is technology that could definitely deliver that.

We’re talking the 2030s for operational service, and the work is

Supersonic commercial flight - faster than the speed of sound - has

not been available since Concorde was scrapped in 2003 following

Will Whitehorn, the incoming President of UK Space, the umbrella group

for the space industry, said the engine was crucial for cutting journey

times and building infrastructure in space. If you can find a way to act

you have cracked one of the big conundrums of space launch.

“Concorde had to use a conventional engine. The point of the reaction

atmosphere to one that doesn’t require the feeding of oxygen, but that

technology is the technology that would revolutionise space launch.

It would not only allow you to fly around the world hypersonically, and

take people from London to Australia outside the atmosphere and have

rapidly get much more technology into space.”