I have been challenged ... 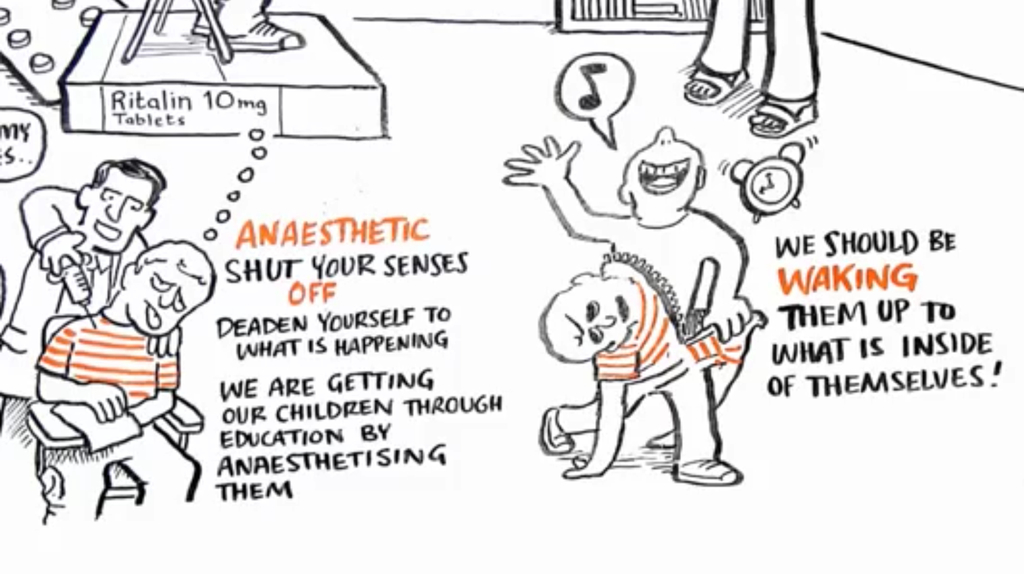 amongst others, by Alan's intuitive thoughts over at NOW's Facebook

'Closed' Group, to watch a particular TED video and thence attend one

of the HAI workshops, which since I got married in 1968, more than

75,000 people have apparently attended in various parts of the United

I have no doubt of Alan's open and honest intentions in so doing, but as a right-brained

myself into the LEXIC world, to which I have been born, and as far as I am concerned the

taught, IS mutual respect. This may indeed be translated into EVERY KID needs a

CHAMPION, but the real problem with education on a global basis, IS that Alan's

at a local, national, international and global level, whose myopic interest is only served

by the maintenance of their predominately patriarchal OLD-ORDER MINDSET towards

education in any of its forms.

HOW CAN it BE that such a non-respectful bigot as Gordon Brown, is today in charge

of being the envoy for education for the UNITED NATIONS ? - my case rests ...

Despite the fact that CRAIG OLIVER speaking in Channel 4’s
Brexit: the Uncivil War is reported to have said that...

"DOMINIC CUMMINGS is basically mental. He is desperate to [BE] seen

as a visionary architect of a NEW WORLD ORDER, but actually he is an

egotist with a wrecking ball"

coming from, so-to-speak, that his treatise on the future of education,

context of Kenneth Baker's lack of total understanding, as Information

Technology Minister to Margaret Thatcher in the early 1980s • of the

phenomenal potential of the utilisation of Information Technology

for Education, at a time when the German Government were spending ALL

of their spare education budget on equipping schools with 35mm Video Many of the principles behind ARPA/PARC could be applied to politics and government but they will not be learned from ‘naturally’ inside the system. Dramatic improvements will only happen if a group of people force ‘system’ changes on how government works so it is open to learning.

Some thoughts on education and political priorities

Although we understand some systems well enough to make precise or statistical predictions, most interesting systems - whether physical, mental, cultural, or virtual - are complex, nonlinear, and have properties that emerge from feedback between many interactions. Exhaustive searches of all possibilities are impossible. Unfathomable and unintended consequences dominate. Problems cascade. Complex systems are hard to understand, predict and control.