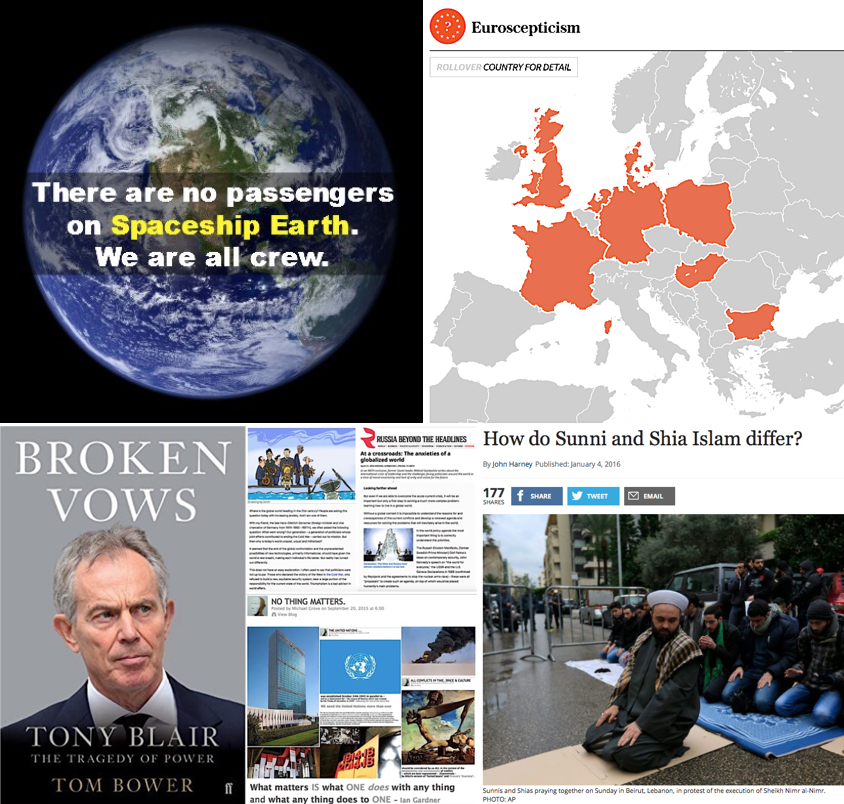 coming to the conclusion that the political classes in the UK, led amazingly

by our self-serving Prime Minister Mr. Cameron and his Chancellor

Mr. Osbourne, have no better understanding of the fact that they have been

voted into their position of ACTUALLY best representing the PEOPLE of

Britain and Northern Ireland, than he who is the subject of Tom Bower's

Ever since my family and I came back to England from the Netherlands, in the

mid-1970, I have been following the Telegraph Business News, and during the

period since, there has been ONLY ONE VOICE of calm and laser-like logic, who

has got it right, so to speak, on every serious matter of economics, that has

of Capital Economics, whose third edition of his excellent treatise entitled

"The Trouble with Europe", has just been published by Nicholas Brealey.

THE REAL MATTER for consideration, however, IS NOT the extremely limited concept of "The trouble with Europe" ...
BUT "THE TROUBLE with SPACESHIP EARTH" • at this particular TIME of the very last renaissance of a series of cascading renaissances which will no doubt have an ongoing effect on
the entirety its passengers.