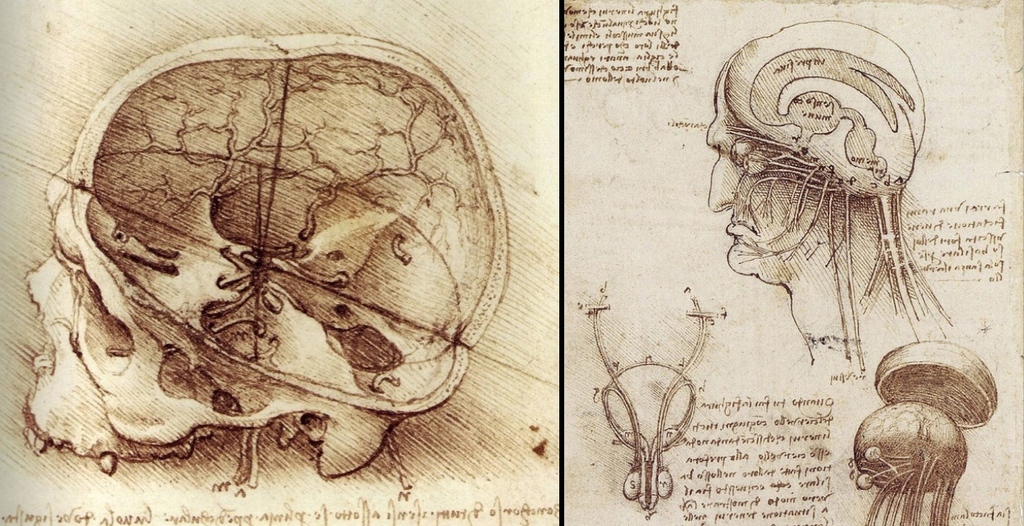 In Leonardo's illustrations of his brain studies, his three dimensional cross

communis, which is the latin, from which 'common sense' in English

has derived. The roots of this idea, originally lie in Aristotle's own idea

of a sensus communis, an inner sense common to the different senses.

that it was responsible for self-awareness, imagery and dreaming.

Leonardo was the first to describe it otherwise ...

species sensus communis, reside within our mind, spirit and body.

1. An internal sense formerly regarded as uniting the impressions of

the five senses in a common consciousness.

2. Ordinary or normal understanding, as possessed by all except the

insane and the mentally handicapped.

3. The collective sense or judgement of humankind or of a community.

4. The faculty by which certain beliefs are generally accepted  without

NEVER FORGETTING that this gem was attributed Mark Twain...

As the QuickiWiki definition states ...  All these meanings of "common sense",

including the everyday one, are inter-connected in a complex history and

have evolved during important political and philosophical debates in modern

English, as opposed to other western European languages, and the English

Never forgetting of course that ... ALL SCIENCE AND ALL SCIENTISTS have

ultimately been proved to be wrong - MONEY ISN'T WEALTH - and that

the entirety of our POLITICS remain locked into an OLD ORDER MINDSET,

never forgetting however, from the the perspective of SENSUS COMMUNIS

that I have myself often been accused of pursuing and on occasion having...