The Naivety of the Church of Rome 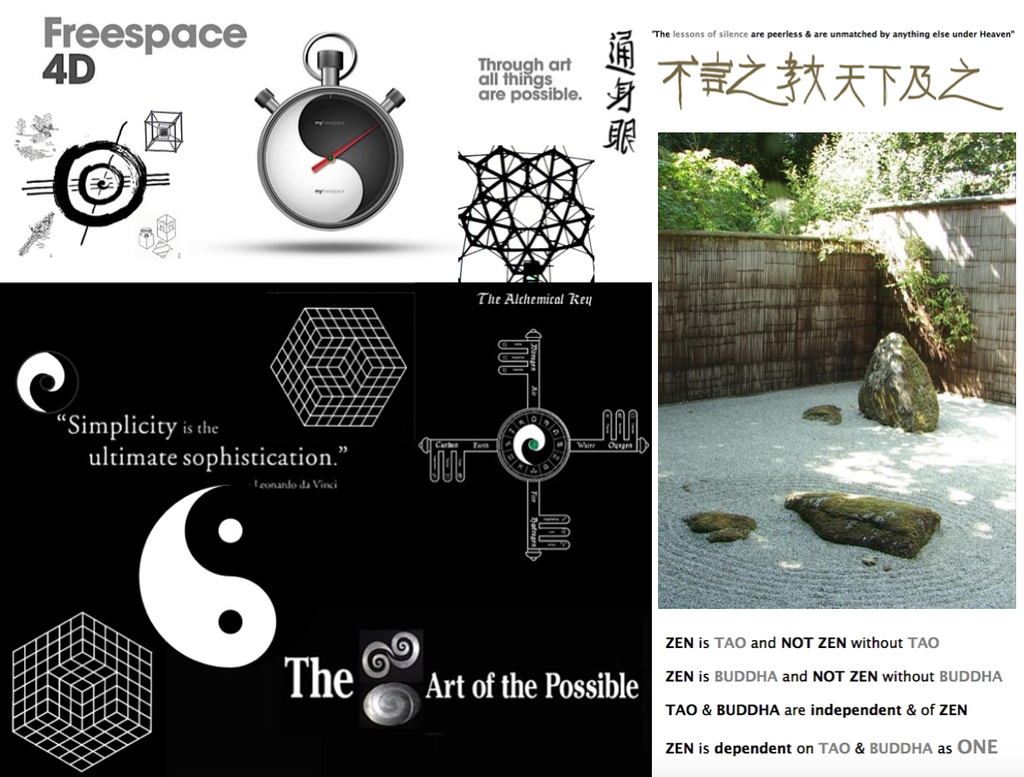 THE breakthrough in y[our] collective consciousness from living

only by the mis[interpretation] of linear time zones, as indicated

in y[our]map • but expanding to THE ONE, ALL encompassing

imperative requirement for “THE ‘freespace’ education”, which is

desperately needed to awaken the peoples of [SPACE]ship EARTH

• ‘freespace' is the word that describes this expanded playing field

of [RE]interpretation and the space/time [surface] place, where an

UNDERSTANDING of LESS and LESS about MORE and MORE will

MINDSIGHT SWITCH’, of this y[our] very last renaissance of

In one word • ZEN • never forgetting that BUDDHA IS neither

Buddhist or a purveyor of Buddhism • JUST the ONE who passed

THE MESSAGE of Buddha, which was entirely the same as that of

Leonardo da Vinci, he who translated Vitruvian’s 'squaring of the

into his nOw famous sketch of Vitruvian Man • Simplicity IS THE

ULTIMATE SOPHISTICATION • SIMPLE IS as SIMPLE DOES

In one sentence •  Freespace 4D IS … THE forth dimensional space/time

mis[understanding] of the very simplicity which Leonardo ‘fuller’

understood, as demonstrated by his squaring of the circle with Vitruvian

Man, will be acknowledged and acted upon nOw, to [RE]establish

Leonardo’s understanding that … ALL IS in NATURE • WE ARE a

CIRCUMSTANCE of NATURE • NO RESPECT for y[our] ENVIRONMENT

In one graphical image of Freespace 4D • SPiRALogic 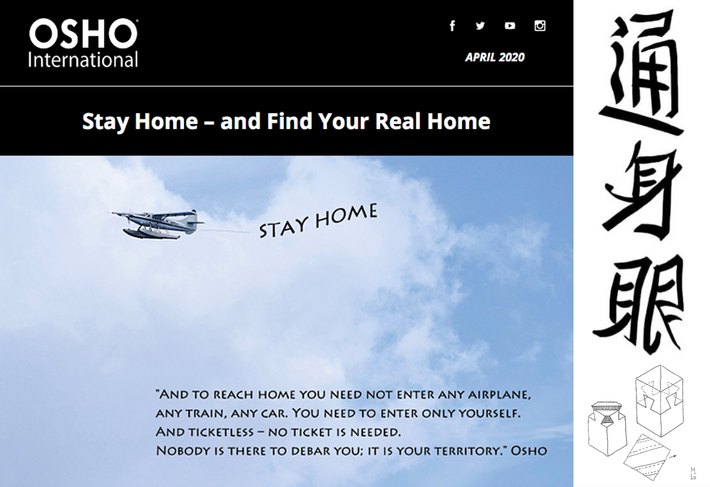 “Times of disaster make you aware of the reality as it is. It is always fragile; everybody is always in danger. Just, in ordinary times you are fast asleep, so you don't see it: you go on dreaming, imagining beautiful things for the coming days, for the future. But in moments when danger is imminent, then suddenly you become aware that there may be no future, no tomorrow, that this is the only moment you have got.

“So times of disaster are very revealing. They don't bring anything new into the world; they simply make you aware of the world as it is – they wake you up.

“If you don't understand this, you can go mad.“