FROM 3NOVA to FS4D NOW 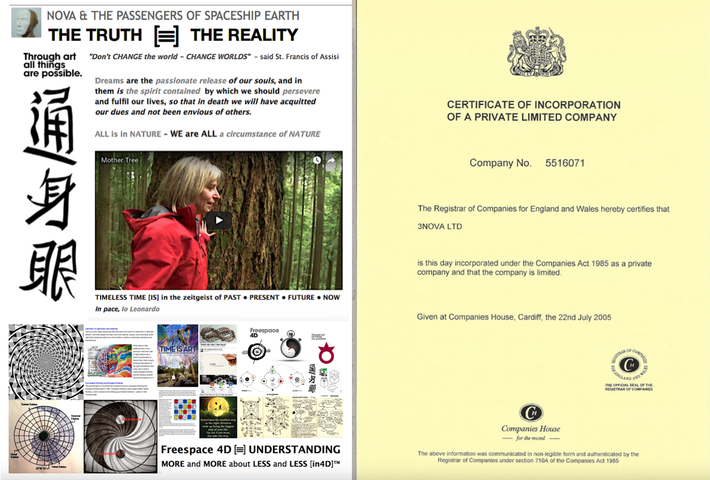 3NOVA was established to promote THE IDEA of a 3D MODEL which was
intended to provide the mechanism by which each and every one of us would
have the opportunity to be part of that which I have described as galactica.net

I have been utilising ... every piece of appropriate technology available to me,
for the last 58 years, to construct a series of devices which have allowed me to
understand and implement solutions which could provide to my potential
clients and their very own clients - a ‘simulation' of the ‘art of the possible'.

These various simulations first accumulated into the ‘Art of the Possible'

event described elsewhere. Michael described the connections by which that

event took place as The first 100-piece JIG-SAW. This event led onto the

establishment of our own multi-media resource centre in Witney, Oxfordshire

process of assembling the 1000-piece JIG-SAW plan, in anticipation of the

"technological progress will get harder as Moore’s Law – the process

by which shrinking transistors mean processors roughly double in

evidence that we have already moved from Moore's

along the ‘curve' which is about to go exponential.

BY effectively taking down the historic 4th WALL that kept us separate from NATURE and BY embracing the fact that What IS Possible NOW, was never possible before - the passengers of Spaceship Earth in Freespace 4D, are embarking on a new collective relationship with NATURE, which establishes a timeless zone for communication and commerce in4D™ by realising the dream of a common language in4D™ and the whole IDEA is to reclaim y[our] species lost relationship, as a constituent component of NATURE, through a permanent manifestation of my original SPiRALogic concept of the of The ART of the POSSIBLE. 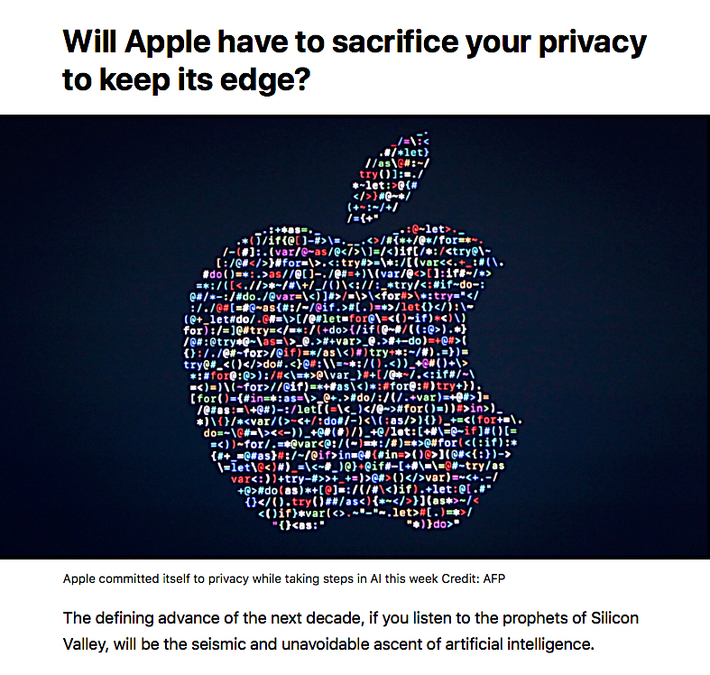 It might be hard to take the thought seriously when a satnav sends you down a dead-end country road, or your phone’s autocorrect feature turns a carefully-constructed text message to gibberish, but the milestones reached in the last year alone have been exceptional.

DeepMind, the British AI company owned by Google, has defeated the world champion at Go, the ancient game that requires a finely-tuned sense of intuition to master. Driverless cars now seem like an inevitability rather than a curiosity. Error rates on image recognition technology have dropped from 25pc in 2011 to less than 4pc.

AI is graduating from theory and academic papers to everyday life. If the last 10 years has been defined by the plummeting costs of microprocessors and sensors that have made smartphones a commodity product, the future is about building intelligent systems that can make them more powerful.

Ergo, the companies that will profit might not be the ones with expertise in hardware design, but those who can build software that talks back.

The missing name here is Apple. The undisputed victor of the smartphone-building wars, in profit and influence if not quite in market share, Apple’s expertise when it comes to AI is less clear. 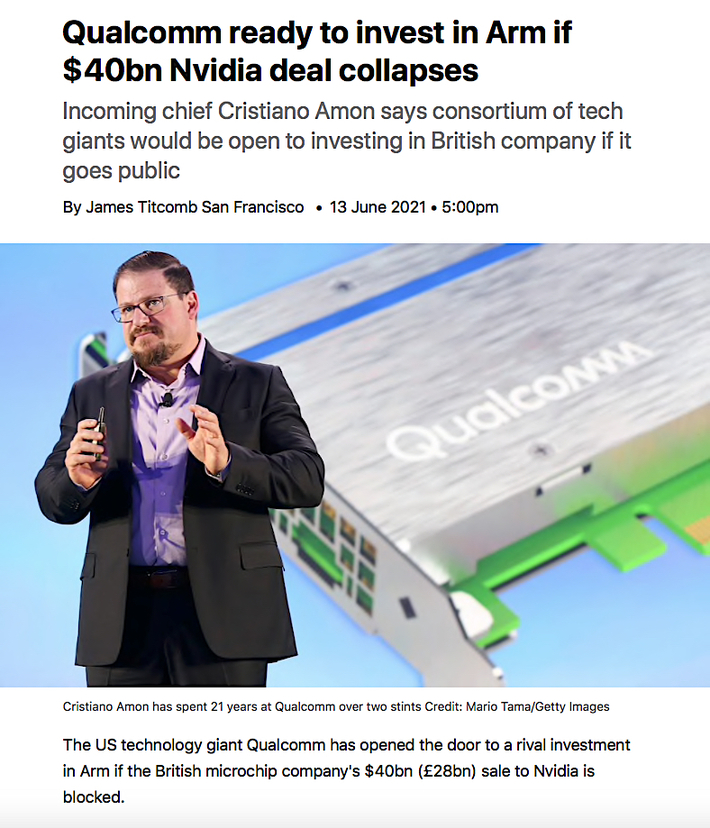 A handful of companies are credited with bringing about the modern .... Apple, through its iPhone; Samsung, which brought cheaper devices to users around the world; and Google, whose Android software powered them.

Another but perhaps lower-profile entry on that list is Qualcomm. The $150bn (£106bn) San Diego titan may not be a household name, but it has developed much of the technology behind the wireless broadband networks that deliver 3G and 4G internet connections.

Bosses are now betting big on a 5G revolution - hoping for a massive boost to growth as the technology’s potential for ultrafast internet expands from mobiles to almost every device in the modern home.

5G promises internet speeds up to 100 times faster than 4G networks, with more reliable connections. The technology has its share of sceptics who argue that the returns from such advances are marginal and that 5G is yet to demonstrate a compelling use case. Unsurprisingly, Qualcomm’s incoming chief executive Cristiano Amon is not one of them.