Pale Blue Dot - To LIVE in the HEARTS we leave behind is to never die - the inimitable Carl Sagan lives on in body, mind & soul.

At a fundamental level, as human beings, we are all the same; each one of us aspires to happiness and each one of us does not wish to suffer. This is why, whenever I have the opportunity, I try to draw people’s attention to what as members of the human family we have in common and the deeply interconnected nature of our existence and welfare. 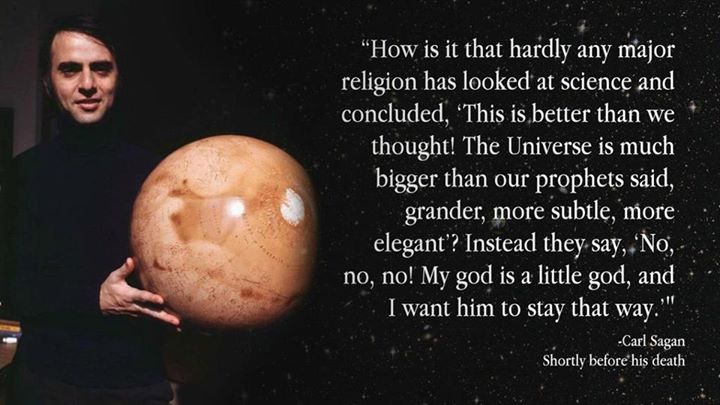 laws, similar to Albert Einstein and Baruch Spinoza. Like Einstein, he refused to be labeled an atheist

and identified himself as agnostic. Pantheism is a fundamentally agnostic position and a relatively

obscure and unknown term until recent times. Some scholars now identify Sagan as a pantheist.

At minimum, Sagan demonstrated himself to be highly sympathetic to pantheistic beliefs as

evidenced by his words.