Who owns the past? 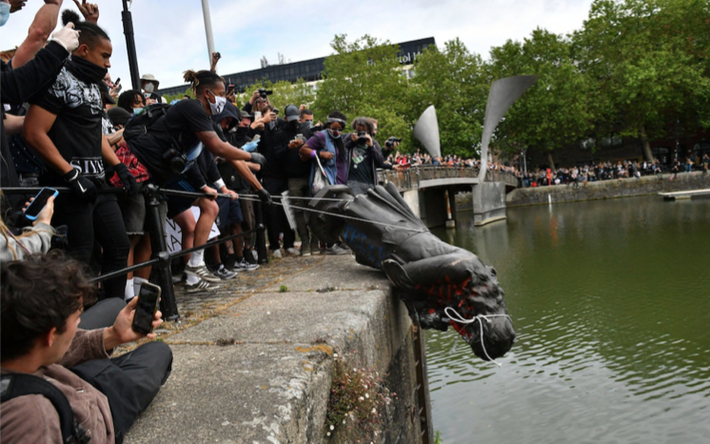 a book about the past. Owning objects from the past can

certainly be contentious, as the Elgin Marbles reveal. But

there was a real past, in which real people lived – a few

who are remembered, most who are forgotten.

Woke activists, take note • THERE [IS] NO public appetite for erasing British history

NEVER FORGETTING that HISTORY [IS] WHAT HAPPENED • and because of that NOTHING can be done to CHANGE [IT] but [ONE] can utilise those icons of the past, with a TRULY OPEN MIND to begin to understand the very consequences of consequences of complex systems.

I HAVE FOREVER been bemused by the fact that - across EVERY cultural division of our species - there prevails a lack of understanding of the fact that equality and equal rights and responsibilities, DO NOT JUST apply to MEN.

Regardless of belief system, as Leonardo da Vinci concluded in his codex vitae 49, towards the end of his life … “ALL IS in NATURE and WE ARE a CIRCUMSTANCE of NATURE and the GREATEST bond in LIFE is LOVE; and that should receive a fuller understanding and be the basis of righteousness in all dealings between man and woman. That is the great mystery which can provide the logic for our being in this world, and it is more substantial than the creations of machines or weapons.”

THE Universal Law of Gender IS the expression of YIN & YANG, otherwise termed the feminine/solar and masculine/lunar. The law states that these two principles reside WITHIN ALL THINGS, and IT IS through these principles that HUMANITY is ABLE to CREATE. THE Universal Law of Gender is the CREATIVE FORCE that runs from the inner into the outer world. IT IS the force of the ONE & ONLY GOD, whatever GOD is perceived to be. It creates LIFE, even that which is born into the solidity of the physical manifestation of our planet of THINGS; for both of the principles of YIN and YANG, in ABSOLUTE BALANCE & HARMONY, must be present to BUILD and to MANIFEST in our multi-dimensional reality, as well.