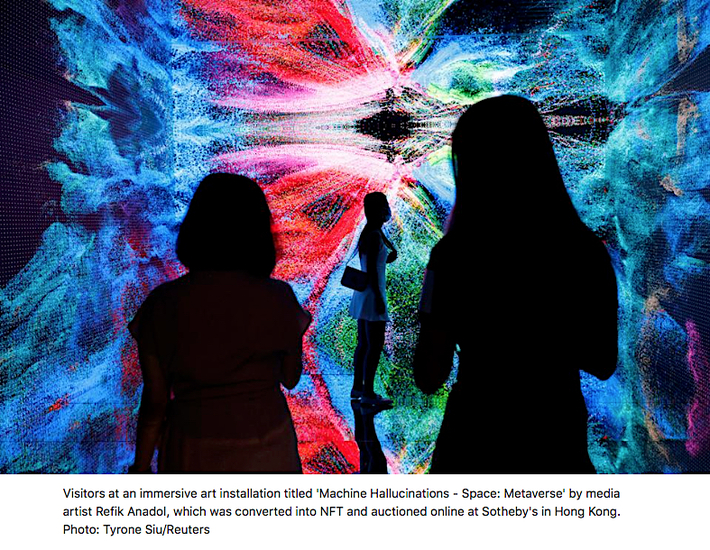 At first mention, you may think the metaverse sounds like a fantasy world in the latest futuristic Hollywood blockbuster, and truth be told you are not wrong.

The term was first coined in Neal Stephenson’s 1992 sci-fi novel Snow Crash, in which he described a virtual reality-based successor to the internet.

A few decades later, the 2011 dystopian science fiction novel Ready Player One,by Ernest Cline, also centred around a metaverse called the OASIS, which is accessed with a virtual reality headset and wired gloves to escape a world crumbling by an energy crisis.

ALL of which I would most indefatigably suggest, requires A CHANGE of THINKING

Fast forward to today, and the metaverse is now a hot buzzword in Silicon Valley. It is also tied to the development of Web 3.0, which some believe will be the next chapter of the internet’s existence.

So what is the metaverse?