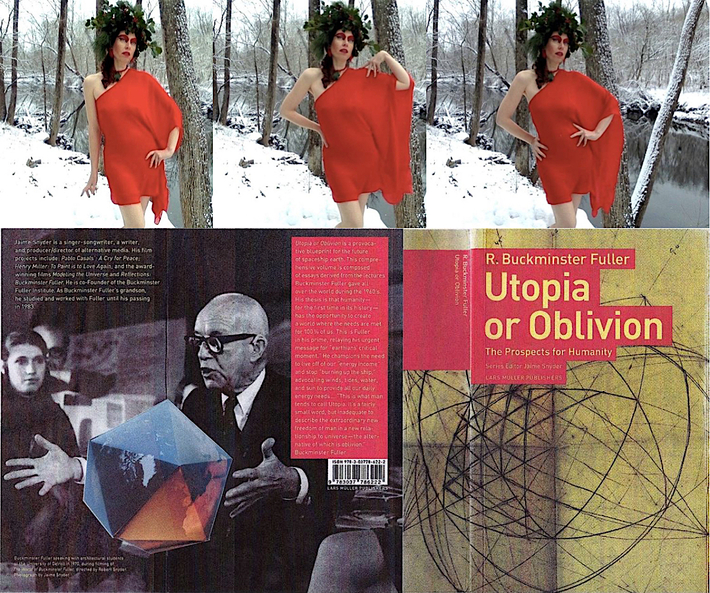 THE TRUTH [≡] THE REALITY

THIS [IS] TRULY a brilliant and mind-blowing appraisal

of the situation which our Lords & Masters have • as a

result of their own self-satisfaction allowed to happen

over [TIME] • all of which [RE]presents the discussions

which I used to illicit during the times of ATC Night

Duties at West Drayton, half a century ago, "That [IF]

we continued to take our collective eye off the ball and

allowed our Masters of the Universe free-rein, then we

would end up with a situation here in Britain, where they

would ALL retreat to an area just outside of London the

size of Buckinghamshire, surrounded by RAZOR-WIRE

fences and armed guards, leaving the rest of us outside

scrapping around for survival in the wilderness such

the systems through which we organise power and that

change has to come from within each and everyone of

us, because [IT] IS WE who need to change.

Never forgetting that [IT] was R. BUCKMINSTER FULLER who wrote the following in his exemplary plan for the future  entitled Utopia or Oblivion • Prospects for HUMANITY

“To make the world work for 100% of humanity in the shortest possible time through spontaneous cooperation without ecological offense or the disadvantage of anyone • ALL of humanity now has the option to “make [IT]” successfully and sustainably, by virtue of our having minds, discovering principles and being able to employ these principles to do more with less”